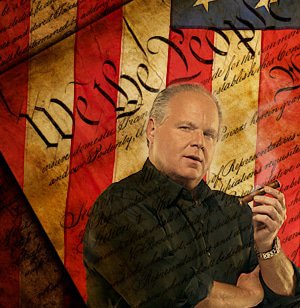 H/T our faithful Talk Radio Listener, for pointing out an extremely important (and brave) broadcast by Rush Limbaugh It's Too Weird: What Explains the Behavior of the Republican Leadership? July 27 2015

Rush: We are all inundated by each other, every day, with e-mails, phone calls, texts, what have you, of utter incredulity over what's happened to the Republican Party. It's just too weird, folks.  There just isn't any serious opposition to anything that the Democrat Party wants.

The Republican Party's opposed nothing…not even going through the motions …They're actively targeting their own base.

Limbaugh has decided to propose a hypothesis

I just don't believe these guys overnight have become liberals…There's something else that explains this, and that question is always, "Follow the money." I think that is where we would find the answer to this…Is there blackmail? Is there bribery going on or promises of financial wealth after retirement or whatever?

It doesn't make sense! If you look at this within a prism of issues, it makes no sense.  But if you look at it in other ways, like "follow the money," bribery, blackmail?

…It has to be money.

Limbaugh is following here the reasoning I used last November in Obama’s Amnesty By Decree: Has Sheldon Adelson Already Paid The GOP Leadership To Take A Dive?

New planets, I understand, have regularly been discovered by tracking deviations from predictable of the orbits of known ones. Contemplating the extreme deviation of the GOP Leadership from the pattern that the 2014 election should have caused, and the otherwise bizarre abandonment of strong negotiating assets, only one question remains:

HOW MUCH HAVE THEY BEEN PAID?

Before Donald Trump surfaced, Rush Limbaugh was probably the most sneered-at Conservative figure nationally. But actually he is a very decisive thinker as I applauded in Limbaugh: Release of Criminal Aliens Warrants Impeachment in 2013.

He is also very astute. While perfectly aware that undue influence is being exerted on the GOP by a set of curious individuals, he lets his bribery & blackmail discussion wander off into speculating about bi-partisan efforts by the Washington Establishment to loot the taxpayer.

Maybe he will summon more courage eventually. Or maybe he will be content to pose the issue and let his listeners find out the facts on unmentionable sites like VDARE.com

Either way he is doing his Country a great service and he has VDARE.com’s applause.