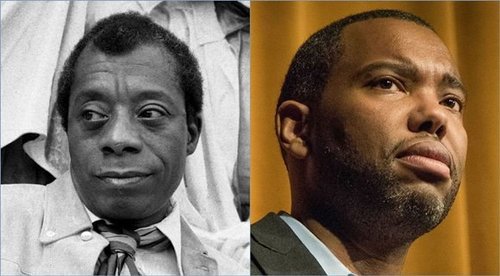 A friend explains why Ta-Nehisi Coates flounders rhetorically as “the new James Baldwin.”

Because Baldwin was trained to be a preacher — and one in the fire-and-brimstone style, no less – he could navigate the Old Testament rhetoric when he became a left-wing public intellectual.

Coates can’t. … Thus he says his use of “bodies” actually comes from his atheism: people are no more than their bodies, people don’t have souls or spirits.

Coates was raised an atheist by his 1960s black radical parents (his father was a Black Panther for awhile). So he grew up with a lot of crackpot Afrocentrist books around the house, which aren’t as sturdy a source for a style as the King James Bible.

But because Coates has been called the New Baldwin, he tries, and the attempt, as you said, is embarrassing. He comes across like what he is: a Gen Xer trying to do fire-and-brimstone.