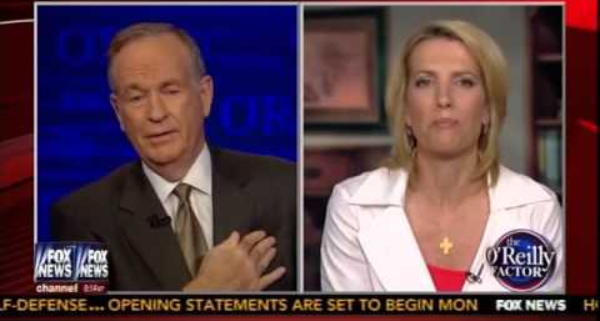 …the female of the species is more deadly than the male.

Rush Limbaugh has rallied and is doing fine work, but there has been nothing on his show to compare with the bloody demolition of Bill O’ Reilly by Laura Ingraham in the video clip above. Ingraham, who has repeatedly demonstrated willingness to deploy new and deadly arguments in the 2013 Amnesty/Immigration Acceleration fight caused the correspondent who sent me the item to say

There’s no reason ever to watch this gasbag’s show again.

Why is it that the most aggressive Patriotic champions this year seem to be women – Laura Ingraham, Ann Coulter, Michelle Malkin?

...every fibre of her frame

Proves her launched for one sole issue, armed and engined for the same;

And to serve that single issue, lest the generations fail,

The female of the species must be deadlier than the male.

The issue is the survival of the Nation.