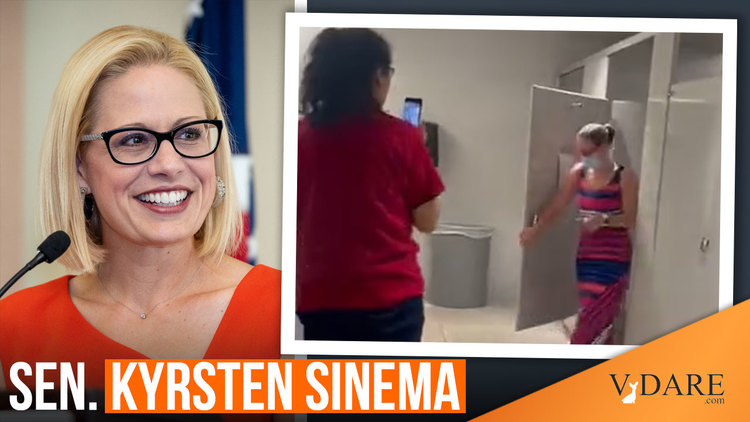 Kyrsten Sinema Another Victim Of Regime-Approved Attack, Or Turba: The Government Doesn't Have To Do It, They Just Have To Not Protect You

Kyrsten Sinema found herself chased into a bathroom and filmed by an illegal alien who is apparently what people call a DREAMer; her illegal immigrant parents brought her illegally when she was three. Apparently they've been deported, but somehow she stayed, presumably so she could leech off the American taxpayer for free education and so on.

If You Film Yourself Screaming at a Politician in a Public Toilet, You Are Insane, by @jtLOL https://t.co/6XtckD8vwx

Project Veritas following and filming AOC in a women's room would launch both an FBI and a Homeland security investigation.

Project Veritas's  James O'Keefe did get charged, and convicted, by the Federal Government, with "entering a federal building under fraudulent pretenses" to film potentially misbehaving public servants failing to do their jobs. But if he'd tried to put a camera in the ladies' room, he'd still be in jail.

During the rioting last August, I wrote that the current riots being permitted and encouraged by Dem mayors and govs resemble the "turbas divinas" of the Sandinistas in the 80s. The local GOVERNMENT isn't beating you or burning your store, it's just not arresting anyone.

This is the kind of tactic that Matt Yglesias sympathized with when it happened to Tucker Carlson in 2018: 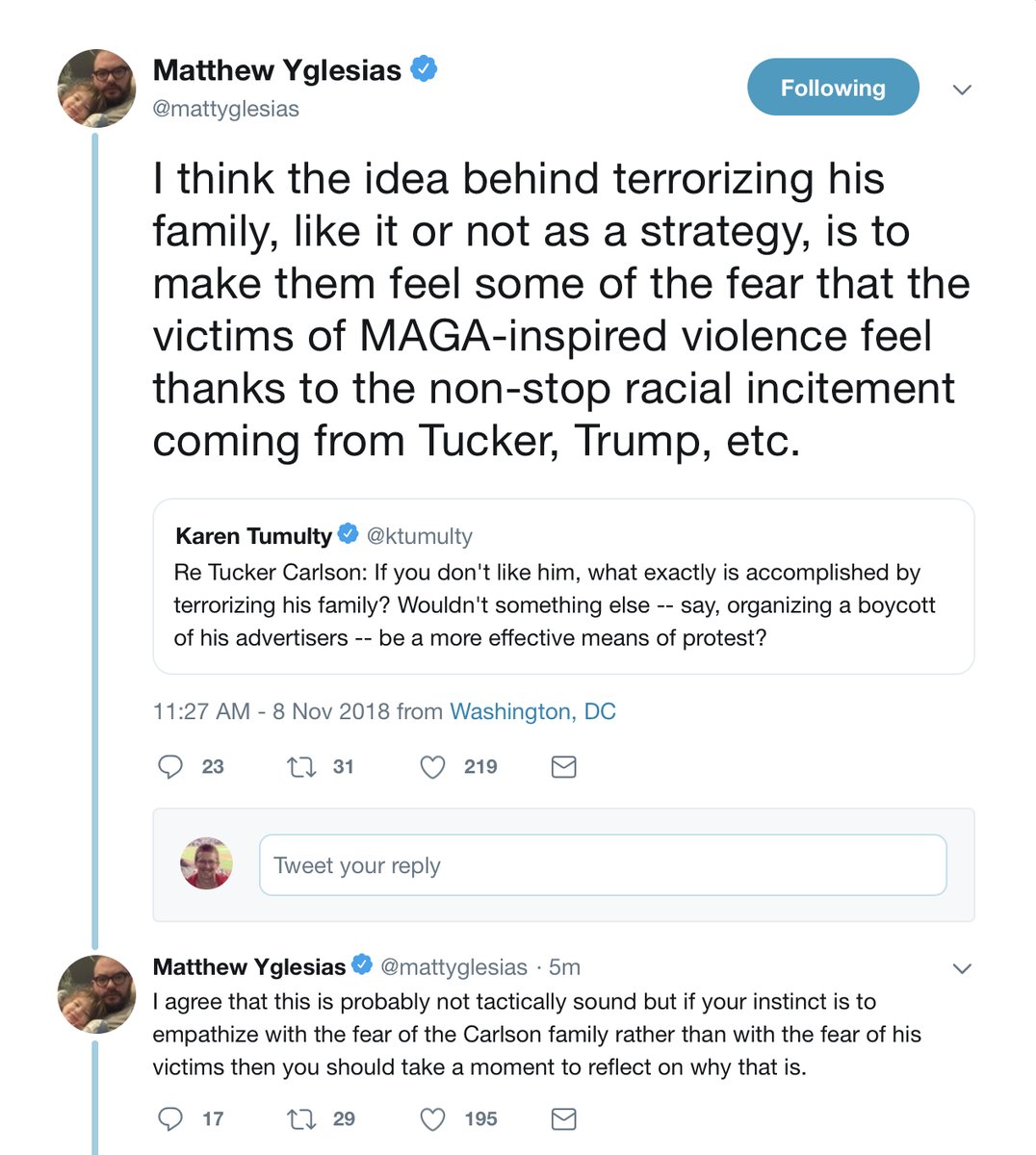 See Steve Sailer's Yglesias Sympathizes with Terrorizing Tucker Carlson's Four Children.  "MAGA-inspired violence" is almost all imaginary, although I think Yglesias may have included illegals fearing deportation in that. 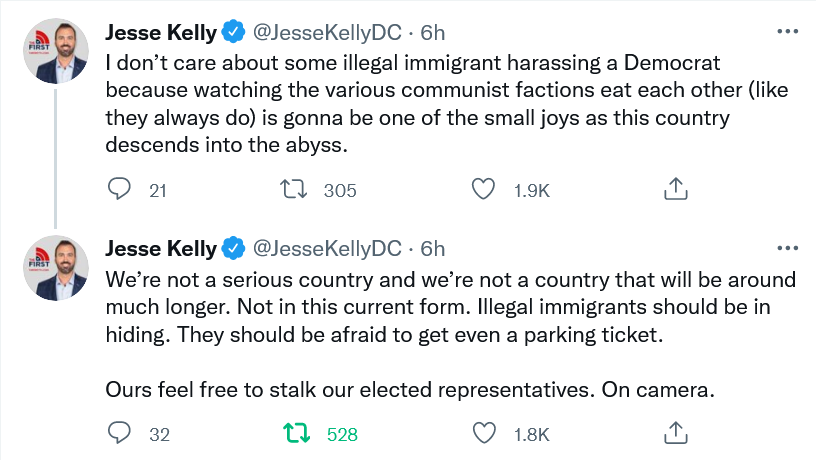 The woman who did this should be arrested and deported, but various other people who didn't do anything for years about either illegal immigrant or Leftist violence should be impeached.