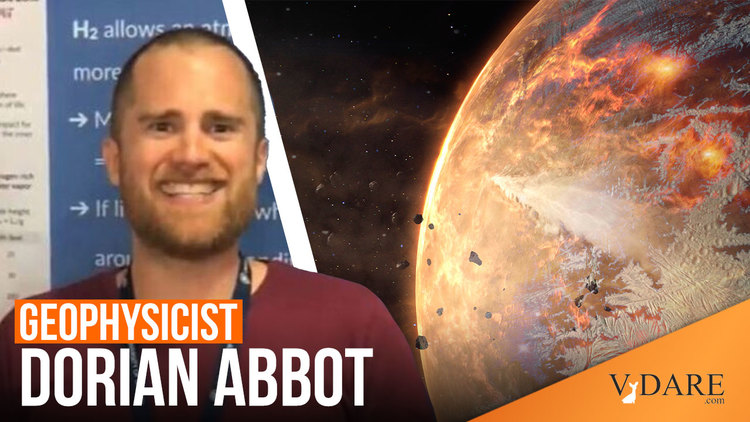 From MIT’s official website, accessed via the Wayback Machine as of September 13, 2021:

The John Carlson Lecture communicates exciting new results in climate science to the general public. Free of charge and open to the general public, the lecture is made possible by a generous gift from MIT alumnus John H. Carlson to the Lorenz Center in the Department of Earth, Atmospheric and Planetary Sciences, MIT. For more information please contact Angela Ellis: aellis@mit.edu

This year’s lecture by Dorian Abbot of the U. of Chicago sounds like a fun one:

Climate and the potential for life on other planets

Understanding planetary habitability is key to understanding how and why life developed on Earth as well as whether life is present on planets that orbit different stars (exoplanets). Whether a planet could be habitable is determined primarily by the planet’s climate. I will talk about how insights we’ve gained from studying Earth’s climate have been used to make predictions about which exoplanets might be habitable, and how astronomical observations indicate the possibility of new climatic regimes not found on modern Earth. Finally, I will bring things back to Earth and the future of humanity by discussing what’s called the Fermi paradox: it seems like life could develop on many planets, so why haven’t we detected extraterrestrial life yet? One possible answer is that civilizations tend to destroy themselves through mechanisms such as environmental damage and nuclear war

Dorian Abbot received his undergraduate degree in physics (2004, Harvard) and PhD in applied math (2008, Harvard). He came to the University of Chicago as a Chamberlin Fellow in 2009 and stayed on as a faculty member in 2011. In his research, Dorian uses mathematical and computational models to understand and explain fundamental problems in Earth and Planetary Sciences. He has worked on problems related to climate, paleoclimate, the cryosphere, planetary habitability, exoplanets, and planetary dynamics.

Details for the 2021 fall lecture forthcoming.

But Professor Abbot is not a true believer in DEI. Back in August he wrote an opinion piece in Newsweek with Stanford accounting professor Ivan Marinovic that concluded:

Viewed objectively, American universities already are incredibly diverse. They feature people from all countries, races and ethnicities (for example, one of us was born and raised in Chile, and is classified as Hispanic by his university).

Amusingly, Abbot and Marinovic leave the question of which one benefits from the privilege on non-whiteness unanswered.

This is in stark contrast with most universities in Europe, Asia and South America. American universities are diverse not because of DEI, but because they have been extremely competitive at attracting talent from all over the world. Ninety years ago Germany had the best universities in the world. Then an ideological regime obsessed with race came to power and drove many of the best scholars out, gutting the faculties and leading to sustained decay that German universities never fully recovered from. We should view this as a warning of the consequences of viewing group membership as more important than merit, and correct our course before it is too late.

The Volunteer Auxiliary Thought Police were, of course, incensed at anybody suggesting they ask themselves: “Are we the baddies?” and set out to have the crimethinkers cancelled. How dare MIT let a leading scientist give a lecture about planets circling other stars when he is a known dissenter?

So Abbot’s lecture has apparently been cancelled by MIT.