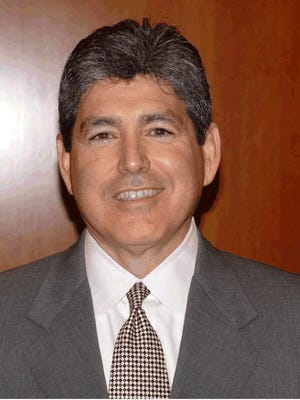 Kritarchs are ordering that illegal aliens be returned to the United States after their deportation.

Nine migrant parents who were expelled from the U.S. after being separated from their children in 2017 and 2018 set foot on American soil once again early Thursday morning in a historic, court-mandated return. Advocates hope the reunions will be the first of several reliefs granted to some of the hundreds of fathers and mothers deported to Central America without their children.

Escorted by a group of advocates, faith leaders and lawyers, the eight fathers and one mother arrived in Los Angeles International Airport in the middle of night, carrying conspicuous smiles fueled by the improbable opportunity to see their children in person for the first time in more than a year and a half…

Thursday’s unprecedented return was made possible through a court ruling issued last September by the federal judge overseeing the case surrounding the separation of migrant families by the Trump administration. Judge Dana Sabraw [Right, appointed by George W. Bush] of the U.S. District Court in San Diego ordered officials to allow 11 migrant parents who were unlawfully deported without their children to come back to the U.S. so they could reunite with their kids and pursue their asylum cases in America.

Sabraw found that many of the parents had been given false information by officials and were, in some cases, coerced into waiving their rights and signing off on their deportation. After months of back-and-forth, the American Civil Liberties Union (ACLU) and the administration established and agreed on a mechanism for them to do so.

It is red letter law that no judge can order the admission of an alien.  The admission of aliens is within the sole judgement of the Executive Branch and once removed, no alien has any legal basis to go to a court to review that decision.

The most disappointing part of this is that the alien were allowed to return with the agreement of the Trump Administration.  Of course, all is based on the lies of aliens, claiming that they received bad information or suffered from coercion.

There is no factual basis for their claims, but as an experienced former official, I can tell you what their claim likely is:  they did not like their options when confronted with hard decisions, such as to continue a hopeless asylum claim while in custody.  That is what is called a dilemma, not coercion, something that is common in immigration cases, especially the 2018-19 border surge.

In my experience, illegal aliens did not like tough choices and routinely accused immigration officers of bad faith and coercion when the alien was given less than desirable choices.  Sadly, the Trump Administration did not deport the children with the parents.  I cannot understand this decision, most likely it was sabotage by Obama holdovers in the immigration bureaucracy and the saboteurs in the Secretary’s position, Kirstjen Nielsen, and Kevin McAleenan.  In reality, none of the children brought by their parents qualified to treated as unaccompanied minors protected by the William Wilberforce Trafficking Victims Protection Reauthorization Act of 2008.  This is all the more surprising since the Trump Administration has finally discovered this fact.