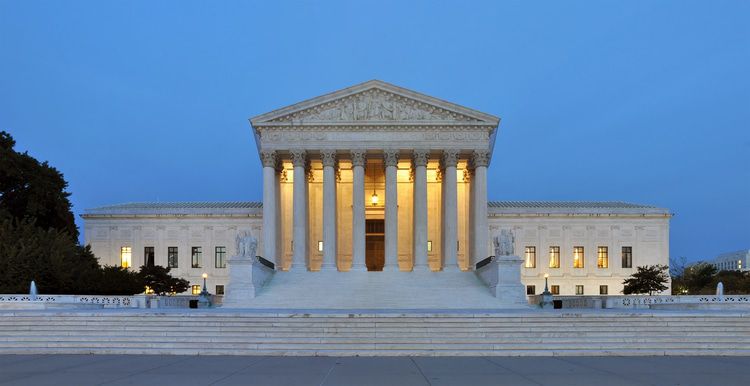 Judicial Impeachment In The Air...Now That Obamacare Is In Peril

When Newt Gingrich suggested that judges might be called to account by Congress for their un-Constitutional, anti-democratic decisions, it caused liberals and even some conservatives to panic.

It shouldn't have, it's not a new idea. As we pointed out recently, Peter Brimelow's article  SUPREME IRONY |The court of last resort, was originally published in Harpers, October 1981. However, the specter of an Obamacare defeat has liberals going a little crazy. A Newsweek/Daily Beast column is entitled

Impeach the Supreme Court Justices If They Overturn Health-Care Law | The Roberts Court’s rulings appear to be a concerted effort to send us back to the Gilded Age. If they dump the Affordable Care Act, writes David Dow, we should dump them.Apr 3, 2012

Walter Olson calls this Judicial activism for me, but not for thee and quotes one of Glenn Reynolds’s readers:

“Rather hilariously, David Dow, the author of the Newsweek piece calling for the impeachment of the Supreme Court if they overturn the health care law, is the author of America’s Prophets: How Judicial Activism Makes America Great.

” Only the right sort of judicial activism. Impeach the rest!

Of course, for liberals, this seems like it's the first time it's ever happened. If you're a conservative, it's been happening for years, since, say Brown vs. Board, or if you like Brown vs. Board, then since the Supreme Court's pro-crime jurisprudence (Mapp, Miranda) in the 50s and 60s that caused crime to explode.

Of course, Roe Vs. Wade gets special attention, but the principle is the same—no matter what the people vote for, what they get is what the judges decide.

Here at VDARE.com we've been talking about impeaching the judges who regularly strike down immigration enforcement laws for some time.

As I said in the Farmers Branch post "We believe in dragging Treason Lobby judges out from behind their gavels."

The point here is that in most of these cases, the judges are not acting on what's in the Constitution, but on impulses inside their own minds.(I don't have time to prove that in blog post, but read Scalia's dissents if you don't believe me.) Obamacare probably is an unconstitutional extension of the government's powers, but striking it down will be nothing to what the court have already upheld.

What liberals are experiencing here is something that's new to them, but the rest of America has been suffering under for years.