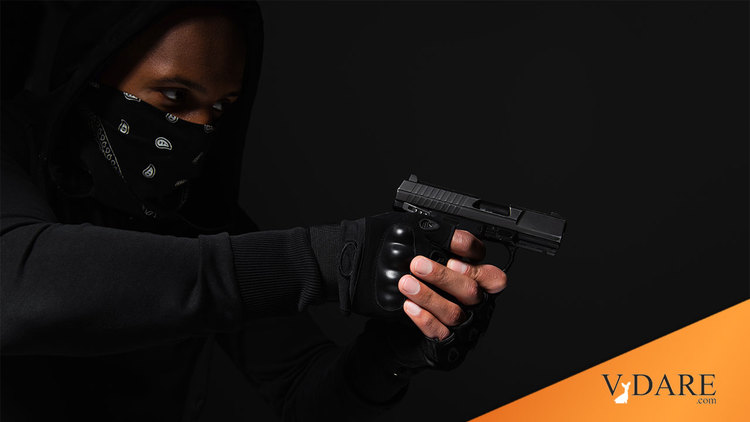 Jason Stanley: "Black Americans Are Among The Most Dangerous Groups In The Multithousand Year History Of Human Civilization."

Jason, what are you trying to get at here?? pic.twitter.com/bpjshPVZmL

What Stanley is implying is that America's laws must enforced unfairly, or blacks wouldn't go to jail so much more than whites. He doesn't seem to understand the differential crime rates. This what Steve Sailer calls Kendiism after Ibram X. Kendi, who thinks that if black kids score lower on standardized tests, there's something wrong with the tests.

Blacks are not necessarily having these encounters [with police] at greater rates than their white counterparts because they are more criminal. National surveys show that, with the exception of crack cocaine, blacks consistently report [I.e. self reporting] using drugs at lower levels than whites. Some studies also suggest that blacks are engaged in drug trafficking at lower levels. Yet once we account for their share of the population, blacks are 10 times as likely to spend time in prison for offenses related to drugs.

This was written in 2014, when crime in New York was at a much lower rate than it is now, thanks largely to Bloomberg continuing Giuliani's anti-crime policies, including having the NYPD encounter, so here are some figures from that era, showing that blacks are much more dangerous than whites:

See Watch Jared Taylor Talk About THE COLOR OF CRIME, 2016 Revised Edition   for more and if you're interested in the subject of "driving while black", read "Racial Profiling" And Bad Black Drivers: Blacks Speed Twice As Much As Whites And "Speed At Reckless Levels Even More"

I don't necessarily think that blacks are necessarily "among the most dangerous groups in the multithousand year history of human civilization."

They're just the among most dangerous groups in the United States of America at the current time, and the incarceration figures represent America being more civilized than Haiti, South Africa, Venezuela and Brazil.