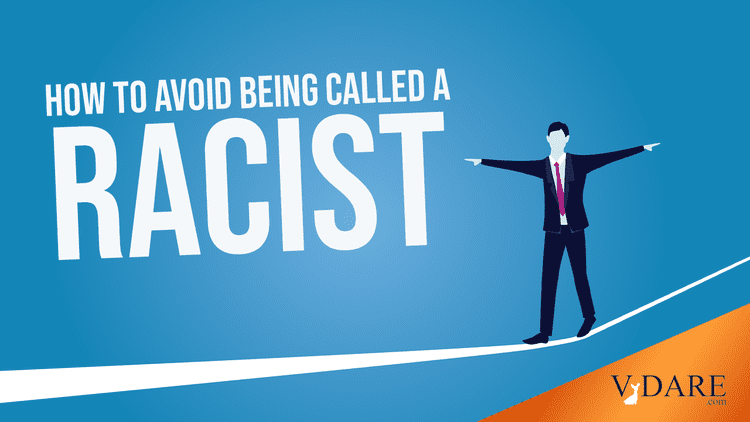 iSteve commenter Mr. Blank says in response to my posting official FBI crime statistics showing that blacks are 7.9 times as likely as the rest of the population to be a murder offender in 2018:

From time to time, I’ve been tempted to post figures like this in response to some of the crazier stuff my lefty friends have been putting on social media lately. Because the way they’ve been talking lately, it seems like they really are completely ignorant of all this stuff.

But I always stop myself, because I think about it for a moment and realize, “of course they know this stuff.” The way they conduct themselves and order their lives testifies to the fact that they are perfectly aware of these facts. (Though one occasionally runs across a true believer who REALLY IS completely unaware of the facts, those people tend to have pretty short lifespans.)

When I was growing up, it used to be that everybody knew this stuff, but it was considered poor taste to mention it publicly. But everybody — black, white, liberal, conservative — knew the facts. It wasn’t talked about, but nobody pretended it wasn’t true.

But now we have to navigate an additional level of protective stupidity, where not only are we not supposed to mention the truth, but we are supposed to make a great show of being utterly ignorant of it — while simultaneously retaining enough awareness of the truth to behave in ways conducive to self-preservation.

I don’t know how people can live this way without going crazy. I look at my lefty friends, and they seem so normal and well-adjusted. I don’t know how they can keep all those plates spinning in their heads without eventually suffering a nervous breakdown. But then again, maybe that explains what we’re seeing now…

Has anybody ever studied these questions?

One reason I pay attention to government crime statistics and the like is because I don’t have particularly adept natural instincts. I’m not good at tacit knowledge. To know something, I usually need to articulate it. I’m especially not good at doublethink. I only have room for one set of truths in my head.

A lot of people seem more functional than I am. The know these HateStats when buying a house in a fashionable neighborhood. But they don’t know these stats if any were so gauche as to mention the numbers. But on the other hand, we are watching our society plunge into dysfunction because people’s doublethink capabilities are breaking down under the long assault on Implicit Bias and the like.