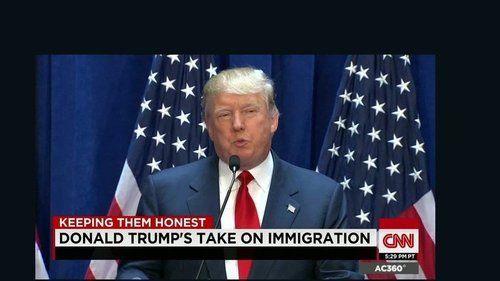 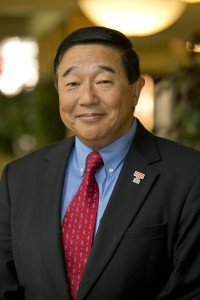 There’s been a lot of unfounded shrieking over the past week about Donald Trump’s policy suggestion that Muslim immigration be paused until the government can get a grip on who is entering our country. Many on the left (and GOP!) think that it’s “racist” and unconstitutional to block members of western civilization’s historic enemy.

Prof. Jan Ting ran unsuccessfully for the Senate in 2006 and has long been a sensible legal voice for immigration enforcement.

As a teacher, Ting has some practice in clearly explaining the purposefully dense world of legal decisions, as he did in a recent column about Trump’s immigration proposal.

The hysterical response to Donald Trump’s proposal to restrict Muslim immigration is unwarranted.

Candidate Trump is telling us that President Obama should use this power, and that a President Trump would.

Despite vigorous assertions by talking heads that suspending the admission of Muslim immigrants would be unconstitutional, prior Supreme Court opinions clearly suggest that courts would reject constitutional challenges to any president’s proposed suspension of Muslim admission into the United States in accordance with U.S. law.

In the leading case of Fiallo v. Bell, the Supreme Court in 1977 noted, “Our cases ‘have long recognized the power to expel or exclude aliens as a fundamental sovereign attribute exercised by the government’s political departments largely immune from judicial control.’”

In upholding the authority of the government to deny admission to aliens, the high court observed that “in the exercise of its broad power over immigration and naturalization, ‘Congress regularly makes rules that would be unacceptable if applied to citizens.’”

The long line of cases referred to in Fiallo traces back to the Chinese Exclusion Case of 1889, in which the Supreme Court unanimously held that Congress could exclude by statute immigrant laborers of a particular race and ethnicity. If the government can exclude aliens on the basis of race and ethnicity, is there any basis on which it cannot exclude aliens? The answer so far seems to be no.

In 1972, the Supreme Court upheld the exclusion of a Belgian Marxist writer, rejecting First Amendment claims made on his behalf and on behalf of the U.S. citizens who had invited him and wished to meet with him.

The Supreme Court has also sustained the exclusion of an alien on the basis of secret evidence, essentially for no stated reason at all. And earlier this year the high court upheld the exclusion of the spouse of a U.S. citizen, rejecting due process claims made on behalf of the alien and the spouse.

President Jimmy Carter exercised presidential power to suspend admission of Iranians on the basis of their nationality during the Iranian hostage crisis. A constitutional challenge to his registration requirement for Iranians already in the United States was dismissed by the U.S. Court of Appeals for the District of Columbia. That court cited a Supreme Court opinion in the 1952 case Harisiades v. Shaughnessy, that “any policy toward aliens is … interwoven with … foreign relations, the war power, and the maintenance of a republican form of government. Such matters are so exclusively entrusted to the political branches of government as to be largely immune from judicial inquiry or interference.”

So if the proposed suspension of the admission of Muslim aliens is authorized by statute and likely to be judged constitutional by the courts, the dispute is reduced to a policy judgment.

Throughout the campaign, Trump has driven the discussion and forced his rivals for president to respond to him. What alternatives do his critics propose? Dismissing ISIS as the junior varsity, as President Obama did in a New Yorker interview, or describing ISIS as “contained” on the eve of the ISIS attack on Paris, do not seem like the right policy.

The political process is all about letting the American people decide who has better ideas and who they trust to be president. We should resist attempts to push the frontrunner or any candidate out of the race.

Jan C. Ting is a professor of law at Temple University Beasley School of Law. janting@temple.edu