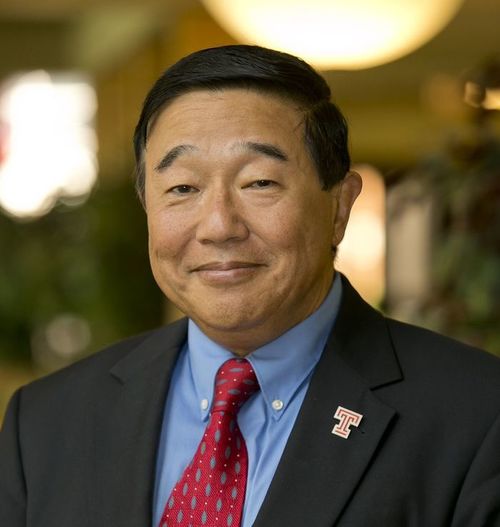 If you were monitoring Google News for ‘Trump’ very closely this morning you might fleetingly have seen In Defense of Trump's Immigration Plan by Jan Ting GOPUSA August 31, 2015

Jan Ting is an interesting man. The son of Chinese immigrants and a law professor at Philadelphia’s Temple University, he was the Republican candidate for Senate in Delaware in 2006. According to his Wikipedia entry he was subsequently forced out of the party in 2008 for supporting Obama over McCain because of "his concerns about John McCain's immigration policy and support for the Iraq War."

Donald Trump's immigration program is realistic and sensible, and it makes him a serious presidential candidate.

Having carefully discussed the proposals in the Trump paper Ting concludes

Trump's plan puts immigration — and himself — at the center of presidential politics. All of his establishment rivals will have to address and discuss his positions. And if he can stick to and further develop his positions, American voters may finally have an opportunity to directly decide the direction of U.S. immigration policy.

I first noticed Professor Ting at the time of the Gang of 8 bill in Fine Anti Amnesty Op-Ed Allowed By MSM !!!! (In Waxahachie, Texas). It is a measure of the intensification of MSM political censorship that the current essay had to appear on a partisan Conservative website. This means it is unlikely to be picked up by news aggregators like Real Clear Politics

(I am suspicious that Real Clear Politics has abandoned its traditional policy of pairing contrasting articles where Trump is concerned. But it is possible that nothing pro-Trump is appearing other than on sites RCP considers taboo and is afraid to publicize - like VDARE.com.)

In March 2003, I attended a Claremont Institute conference on “American Citizenship in the Age of Multicultural Immigration,” organized by Ken Masugi and held at the Chapman University Law School in Orange, California. At lunch, I sat next to Jan Ting, Professor of Law at Temple University in Philadelphia.

Learning that Professor Ting had been Assistant Commissioner of the Immigration and Naturalization Service (INS) from 1990 – 1993, under the first President Bush, I immediately asked him, “Is it true that 90 percent of refugee and asylum applications are fraudulent?”