According to the Johns Hopkins Coronavirus Resource Center, New York City is ground zero for the China Virus infestation in the United States of America. As of March 22, 2020 (at 4:40 p.m. EST), the state has 12,323 confirmed cases and 76 deaths.

Why might this be? What’s the cause of this? There are 735,000 Chinese living in New York, with the majority living near New York City. 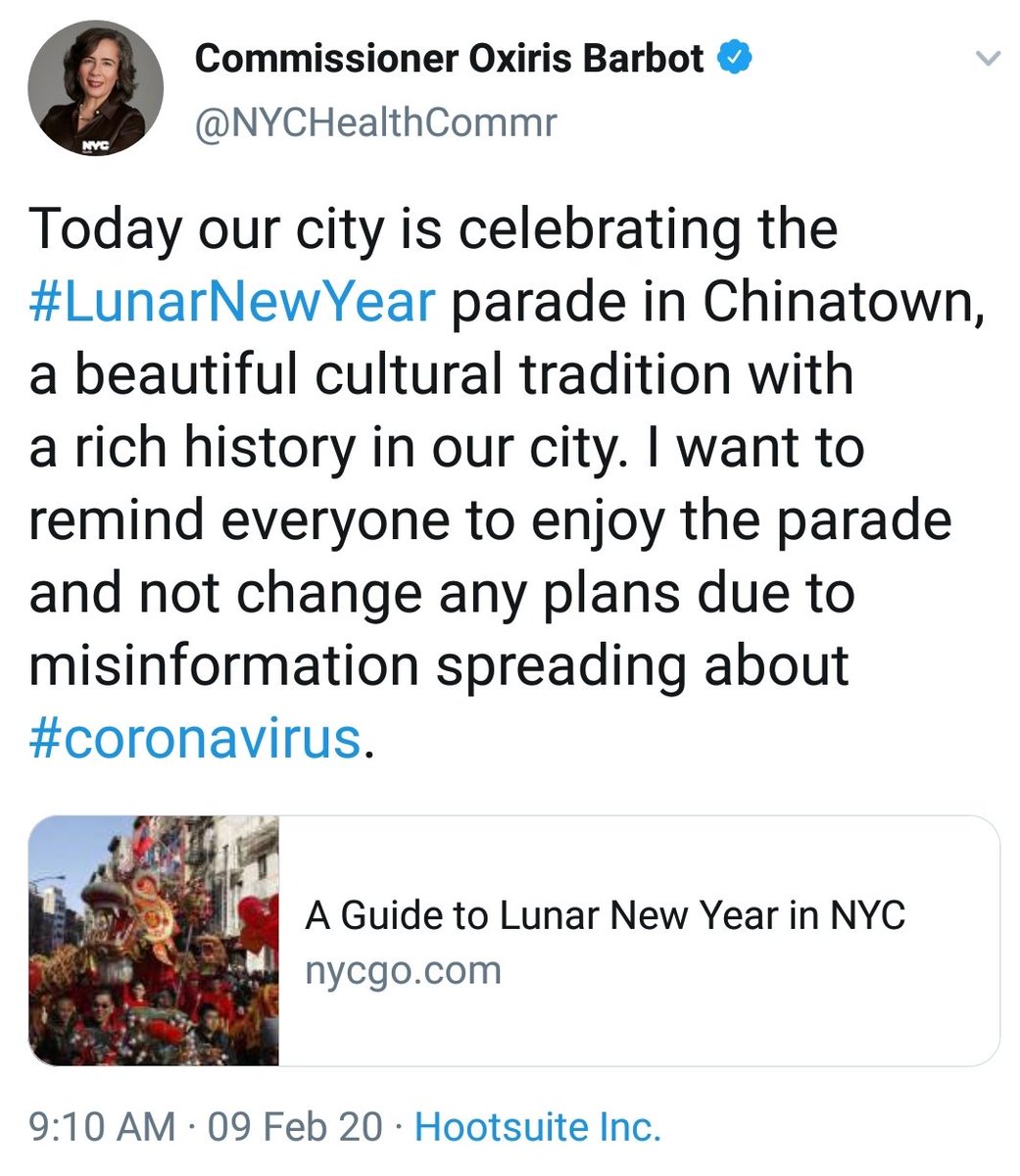 Here’s a story straight out of the insanity of “hug a Chinese” person initiative in Florence, Italy, which actually happened in New York City only 42 days ago. 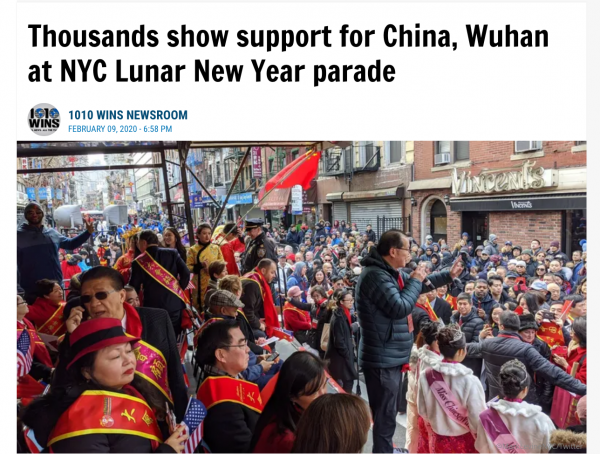 Signs of support for the Chinese city at the center of a global virus outbreak marked floats at the Lunar New Year parade in Manhattan’s Chinatown.

Brightly colored puppets made their way through the New York City streets Sunday in front of crowds of onlookers.

A banner on one float read “Support Wuhan! Let’s fight the virus together!”

The coronavirus outbreak that started in China in December has killed more than 800 people and infected more than 37,000 people around the world.

No cases have been identified in New York City.

Remember what we know about Italy:

Dr. Giorgio Palù, the former president of the European and Italian Society for Virology and a professor of virology and microbiology of the University of Padova, told CNN he’d hoped to see the first signs of a change after just over a week of nationwide lockdown, but that has yet to materialize. “Yesterday we expected to have a change after almost 10 days of this new measure … but it’s still rising,” he told CNN. “So I don’t think we can make a prediction today.”

“the Italian government lagged at first. It was ‘lazy in the beginning… too much politics in Italy.’

All across the western world, authorities adopted an anti-racist mindset when confronting the Coronavirus epidemic. In Italy, fear of being called a “racist” impeded sensible actions to protect the Italian people, and a suicidal Italian mayor urged Italians to hug Chinese people to show off their anti-racist bona fides.

A mass celebration in New York City for the Lunar New Year marked a strong opportunity for those infected to spread the disease, a plausible theory as to the origins of the shocking number of cases spiking in New York City (and deaths).

But to point this out is racist, right?

Anti-racism literally kills, and this perverse, amoral ideology allows for an epidemic to become a pandemic in Italy and now, New York City.

Open borders and fear of being called a “racist” literally spawns a global pandemic.