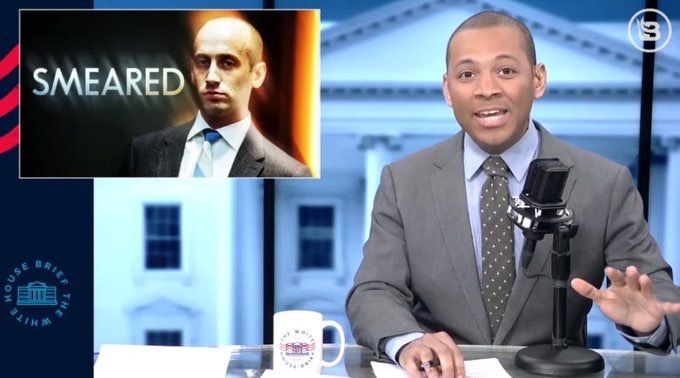 Is BLAZE's Jon Miller The Next Guy To Be Called White Nationalist For Not Hating VDARE?

Blaze host Jon Miller says, in defending Stephen (no relation) Miller from accusations of "white nationalism" that "that whites are the only group of people who are not allowed to have groups that protect the interests of their people". He also fails to hate us sufficiently.

Blaze host complains "that whites are the only group of people who are not allowed to have groups that protect the interests of their people" pic.twitter.com/3pA0qKfkd7

The thing is, he's right, and he's allowed to say that because he's black. He's a conservative, so the NAACP doesn't really represent him, but they're an organization with his race in mind, and Mexicans have a National Council of La Raza, which is so obviously racialist that it's now going around under an assumed name.

And of course, like Michelle Malkin and any other minority who is pro-American, opposed illegal immigration, or even tough on crime, he is likely to be called some version of an "Uncle Tom".

See Malkin's  The Media's Vile Attacks on Conservative Minority Assimilationists,this is nothing new for her.

But I want to see if he gets called a "white nationalist" like Malkin and Stephen Miller.

This is deeply painful to watch.

VDARE has published numerous columns that characterize non-white people as subhuman. One regular columnist on the site referred to black people as "the Mahogany Mob" https://t.co/QlFHAqB3NK

Of course, he's accusing Jon Miller of being ignorant of how awful we are, and he's also wrong.

The term "Mahogany Mob" which Paul Kersey used as jocular substitute for "Flash Mob" does not refer to America's black population, it refers to actual mobs of blacks committing racialized violence, usually aimed at whites. On a column about "Halloween in Georgetown", written 2011, Kersey wrote

“We need to get our cameras out, in case of a Flash Mob,” said a friend. “Mahogany Mob,” I corrected him, pointing out that the lethal spread of mob and rob attacks across the country this past summer (well, since Obama was elected) have all had one key common denominator: they were all composed of black people—just as the crowds in Georgetown were on this evening.

No actual flash mobs happened that night, but the wisdom of John Derbyshire's Talk was confirmed:

Suddenly a girl began pointing in hysterics across the road. In literally the same spot where my friends and I had been joking about the Mahogany Mob earlier, a gun fight had broken out between two people in the mob. One received a bullet in the head. [Halloween violence in DC leaves 6 injured, including juvenile shot in Georgetown, The Washington Post, November 1, 2011]

In total, six people in D.C. were shot that night.