Inevitable Colonization—Did We Fight The Wrong Enemy In The Wrong Place?

The war in Afghanistan grinds on to a humiliating conclusion. The Taliban is taking key positions and the United States is desperately trying to prop up the government with airstrikes [Taliban take over TV station in strategic city as US airstrikes pound key positions in Afghanistan, by Nick Paton Walsh, Tim Lister, and Barbara Starr, CNN, August 2, 2021]. An intelligence assessment recently found that the Afghan government is likely to collapse within six months of the U.S. withdrawal [Afghan Government Could Collapse Six Months After U.S. Withdrawal, New Intelligence Assessment Says, by Gordon Lubold and Yaroslav Trofimov, Wall Street Journal, June 23, 2021].

The Taliban is also flexing on the United States on social media, recreating the Iwo Jima picture. 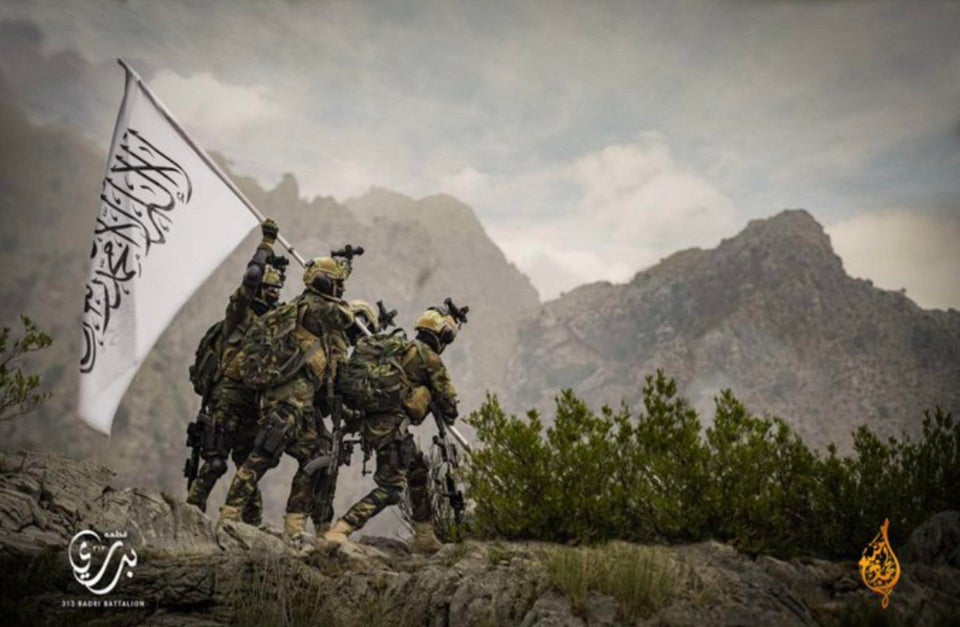 It's very hard to argue that the war in Afghanistan, aside from the death of Osama Bin Laden, has been successful. This has nothing to do with the troops who fought it so courageously, but with a political class that had no idea how to win and as far as I can see, no definition of victory. The end result will just be importing more Afghans here. The logic of the war has been precisely reversed - we fought them there so now we can bring them, and their problems, here [US to Admit More Afghan Refugees as Taliban Violence Increases, VOA News, August 2, 2021].

Anyone who thinks that bringing in "pro-American" foreigners will work out should consider what happened to France after it imported the Algerian refugees and a permanent, resentful underclass [For French-Algerians and Algerian-French, No Place to Truly Call Home, by Amir Jalal Zerdoumi, New York Times, August 15, 2021].

Considering the trillions spent far away in Afghanistan, we should look south and consider what is happening there. The pandemic has not prevented Mexico from descending into a crime-ridden hell.

The economy can boom and bust, presidents and parties and their promises can come and go, but for the city’s 140,000 people, as for many in Mexico, there is a growing sense that no matter what changes, the violence endures.

Ever since Mexico’s government began its war on the drug cartels nearly 15 years ago, murder statistics have climbed inexorably.

In 2018, during his run for president, Andrés Manuel López Obrador offered a grand vision to remake Mexico — and a radically new way of tackling the violence. He would break with the failed tactics of his predecessors, he said. Instead of arresting and killing traffickers as previous leaders had done, he would focus on the causes of violence: “hugs not bullets,” he called it. He was swept to victory.

But three years after his landslide win, and with his Morena party in control of Congress, the drumbeat of death continues, suggesting that Mr. López Obrador’s approach has failed, fueling in many a paralyzing helplessness.

“We’re living in hell,” said Victor Piña, who ran for mayor of Fresnillo in the June elections and watched an aide gunned down beside him during a pre-campaign event.

We are endlessly told about the "root causes" of migration to the United States. Of course, at the top of the list is the simple reality that the United States is a better, more law-abiding, more civilized nation than Mexico. However, crime is also an important factor. And as we import Mexicans and Central Americans at a truly staggering rate, we're going to be importing their problems. As Ryan Girdusky says, this is a "state-sponsored invasion" and we need to be talking about repatriation, not just limiting the damage.

We can no longer call this a crisis. It’s a state sponsored invasion.

It’s not enough for Republicans to say they’ll build a wall. They need to create a mass repatriation policy.
https://t.co/BveFECegXx

As Peter Brimelow says, this is simply treason.

It seems that we are going to be dealing with Latin America's crime crisis one way or the other. It would have made more sense to not only stop immigration at the border. If we're going to be waging wars overseas, we should have been trying to at least limit the cartels that aren't just dealing drugs but also importing their co-ethnics into our country. If we're going to have an American Empire, we should at least have one that doesn't spread degeneracy and fights in defense of concrete American interests instead of seeming to actually want our country to be weaker and worse.

I'm increasingly persuaded that Empire is the inevitable outcome when a civilized nation brushes up against a less civilized one. As a rule of history, imperialism may be something simply inevitable and possibly desirable.

Of course, ultimately, Empire can poison itself. However, a capable one can function as a kind of buffer against the hordes that would consume the host nation. The use of proxies, support for local elites, and occasional military support can keep the core from being simply swamped. I can't help but notice that the minute the Europeans ended their colonial empires, their subject peoples promptly flooded the host countries. They apparently don't really want self-rule in any meaningful sense.

What some call the Global American Empire operates differently than almost any other empire in history. This is why I hate even giving it the dignity of the title of an empire. It operates against the interests of its host nation, facilitates invasions, and even criminalizes what any other generation would have called patriotism [With Zero Moral Authority Left, The Globalist American Empire is Doomed to Fail at Home and Abroad, Revolver, February 2, 2021]. Unless this is changed with the seizure and vigorous exercise of state power, the result will be that the anarchy we see south of the border will come here [New self-defense militia appears in Chiapas, Mexico to fight organized crime, by Jacob Garcia, Reuters, July 21, 2021].

We'd have been better off if the Hapsburgs had kept Mexico. American intervention against Emperor Maximilian was wrong [General Grant and the Fight to Remove Emperor Maximilian From Mexico, National Park Service, Accessed August 4, 2021]. It's another example of the stupid, self-defeating American illusion that our fate is seperate from Europe's, or that Europe is or ever was a real threat to us. What is and was always needed was Western unity.

Western Civilization is fading from our southern neighbors and the same thing will eventually happen here unless it is stopped - at the border if necessary, at the source if possible. If we were going to fight a war, the war should have been in our hemisphere to protect our own security, not a failed crusade to bring liberalism to Afghanistan.