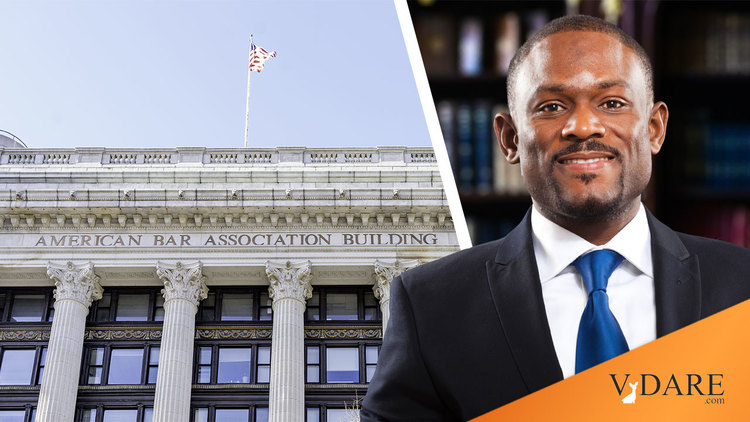 In The Name Of Social Justice, The American Bar Association Proposes Violating Federal Law To Discriminate Against White Students

Just go ahead and stop admitting white students to law schools across the nation. The American Bar Association (ABA) is on the cusp of enshrining open discrimination against white students, so why even admit them?

The American Bar Association is poised to mandate diversity training and affirmative action at all of its accredited law schools, a move top legal scholars say could jeopardize academic freedom and force schools to violate federal law.

The association, which accredits nearly every law school in the United States, is mulling a plan that would require schools to “provide education to law students on bias, cross-cultural competency, and racism,” including a mandatory ethics course instructing students that they have an obligation to fight “racism in the law.” Schools would also be required to “take effective actions” to “diversify” their student bodies—even when doing so risks violating a law that “purports to prohibit consideration of” race or ethnicity.

The proposal has sparked fierce blowback from legal scholars across the country, including 10 Sterling professors at Yale Law School, who called it a “problematic” and “disturbing” attempt to “institutionalize dogma” through the accreditation process. Violating federal law is “not legally defensible conduct for any institution,” they wrote in a public comment on the plan in June, nor is it “a legally defensible requirement by an organization certifying law schools.”

Those arguments have so far fallen on deaf ears: When the plan was submitted for final review on Aug. 16, it contained all of the provisions to which the Yale professors had objected.

The American Bar Association is not the only accreditation body pushing progressivism. Many of the accreditors for private secondary schools require their members to integrate social justice into every aspect of their curricula, centralizing pedagogical power in the hands of bureaucrats rather than teachers. That’s diminished the autonomy of schools as well as families, who increasingly struggle to find institutions that are both well-credentialed and open-minded.

Few accreditors, however, are as influential as the American Bar Association. There are fewer than 250 law schools in the United States, and 199 of them are accredited by the association. In most states, attending an ABA-accredited school is a prerequisite for taking the bar exam. So when the association sets standards for law schools, it is effectively setting them for the entire legal system: corporate lawyers, criminal prosecutors, state judges, and Supreme Court justices will all be educated in whatever ideology the association dictates—even if it is indifferent to the rule of law itself.

The proposed standards would institutionalize that indifference throughout legal academia. Laws prohibiting schools from considering race in admissions are “not a justification for a school’s non-compliance” with the diversity requirement, one standard reads. According to the Yale professors, “It would appear that [this language] instructs schools to risk violating state or federal law in order to retain certification.” Though the plan does tell schools to pursue diversity “by means other than those prohibited,” it never specifies what those means are, an omission the Yale professors say could encourage legally dubious activities.

Such activities might include using “personal ratings” to establish unofficial racial quotas, a practice that has landed Harvard in the Supreme Court. Though universities can use race as a “plus factor” in admissions, they cannot set hard floors or ceilings for any particular racial group. The ABA’s accreditation plan would encourage law schools to set those ceilings anyway, through the same sort of chicanery Harvard allegedly employs.

It would also encourage students to see existing law as illegitimate. The plan mandates a course on “professional responsibility” that stresses lawyers’ “obligation” to fight racism in the legal system—implying the legal system is racist—and requires students to learn about “bias, cross-cultural competency, and racism” at least two other times before graduating. “Courses on racism and bias in the law” are one way of satisfying that second requirement. Insofar as this curriculum assumes the law is unjust, it supplies a justification for disobeying it.

The curricular mandates have elicited the strongest pushback from law professors, who see them as a fundamental threat to academic freedom. Brian Leiter, a legal theorist at the University of Chicago Law School, told the American Bar Association that its plan would “almost certainly violate the academic freedom rights of faculty at many (probably most) schools.” Kate Stith, a professor and former acting dean at Yale Law School, was even more blunt, calling the proposal a “shocking” act of overreach.

Social justice is just another word for discrimination against whites.