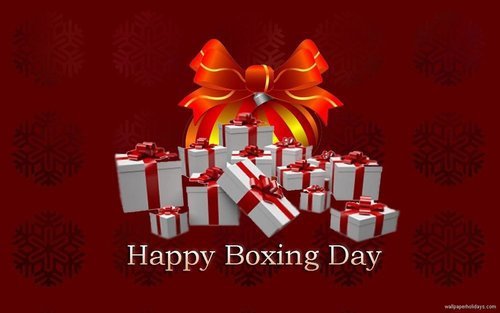 Part of what the French call "The Great Replacement" of the white nations is the imposition of alien celebrations. The most obvious is Cinco de Mayo, lovingly chronicled by VDARE.com here, exposed as a Hannakuh-style fake by our Allan Wall here.

This problem is less acute in 2015, of course, because December 26 is a Saturday. But it can be serious. In Britain in the 1970s, crippled by high marginal tax-rates before the supply-side revolution, Boxing Day gave the British additional opportunity to trade income for leisure. With any luck, depending on the calendar, they could stop work from Christmas Eve or earlier until the New Year or later, in effect unilaterally reinstating a version of the Twelve Days Of Christmas. Even now, I see British friends like the writer Derek Turner signing off before Christmas and promising to be back online in the New Year. Given that Democrats like Bernie Sanders have obviously forgotten the lessons of the 1970s and propose reimpose high marginal tax rates on income, Americans will need this Boxing Day opportunity too.