I Had To Look: "Dumb Racists Photoshop Ferguson Protester Into Awful Viral Meme"

I had to took, because I wanted to see what these people think is awful. Here's the "racist" meme: "No mother should have to fear for her son's life every time he robs a store". The original poster says "You can't make this stuff up." but you can—it's Photoshopped. 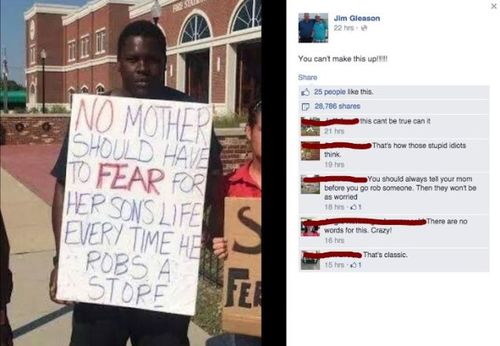 The original sign is below—it says ""No mother should have to fear for her son's life every time he leaves home," with the hashtags "#blacklivesmatter" and "#stayhuman.

Right. But it's a standard meme—like Michelle Obama's "bring back our girls" sign that's been so often Photoshopped. 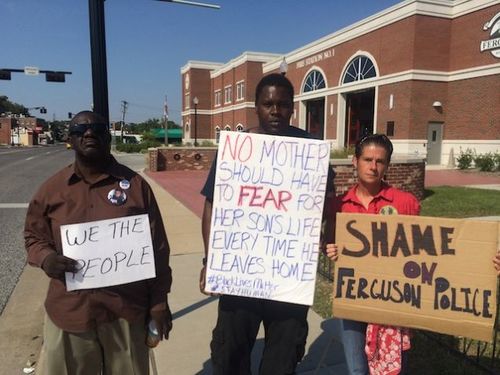 However, "No mother should have to fear for her son's life every time he robs a store" is the actual position of many progressives and racial activists. See this, from Chris L. Hayes  Jamelle Bouie on Twitter:

@chrislhayes Like I’ve said before, if every teenager who robbed a store were killed, I would have attended a ghost town for high school.

Perhaps they think "robbing" equals "shoplifting"—in this case it doesn't.