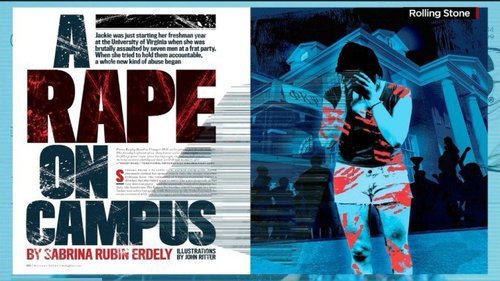 Steve Sailer has published a fine piece at Taki's on the tropes that would lead one to believe that Sabrina Rubin Erdely's story about a gang rape at University of Virginia is a hoax.

Here's another reason: Erdely, who is militantly Jewish, is a hit thing for the Christophobic Left. In 2011, Bill Donohue of the Catholic League dissected her hit piece—also published in Rolling Stone—about pervert priests in the Archdiocese of Philadelphia.

A look at her résumé shows that she's obsessed with the usual topics the Left is obsessed with: rape, bullied gays, transvestites, domestic abuse, etc.

We now have two pieces that raise grave doubts about this ideologue's credibility. Should someone be looking into her work on other "issues?"