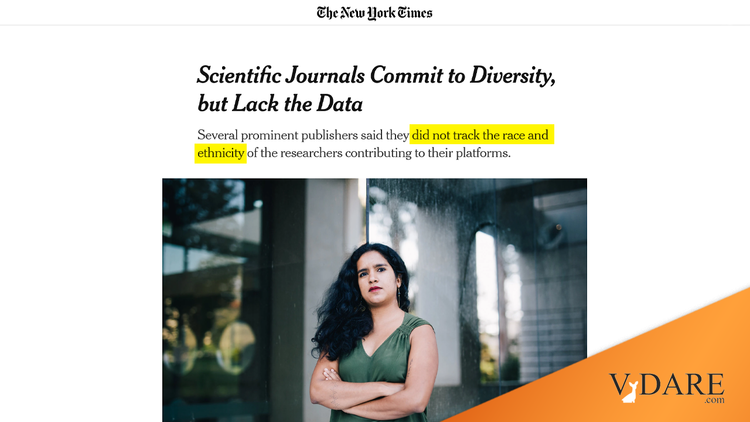 “Better science is accomplished with more diverse perspectives,” one researcher said. “How many discoveries are we missing out on?” https://t.co/LK6tBSjIBd

Studies continue to reaffirm that diversity — on a multitude of axes — boosts performance and the quality of work across disciplines. Science is no exception. Only researchers as diverse as the people and phenomena they study, experts said, can accurately capture the dizzying amount of variation in the natural world and innovate beyond it. Scientists who hail from across spectra of gender, race, ethnicity, disability, sexuality and more are also uniquely equipped to collaborate with communities that have been ignored, silenced or even exploited and abused by the discriminatory practices of Western scientists.

“Better science is accomplished with more diverse perspectives,” said Martha Muñoz, an evolutionary biologist at Yale University. “How many discoveries are we missing out on?”

After all, look at the huge number of blacks who have won Nobel Prizes in the three hard science categories: Physics, Chemistry, and Medicine.

If we used Diversity Inclusion Equity (DIE) techniques to double the number of black scientists, that would, mathematically, double the # of black Nobels. It’s simple arithmetic!