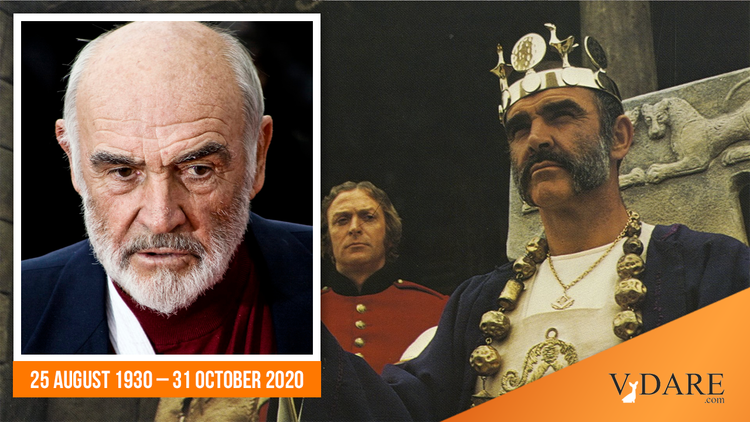 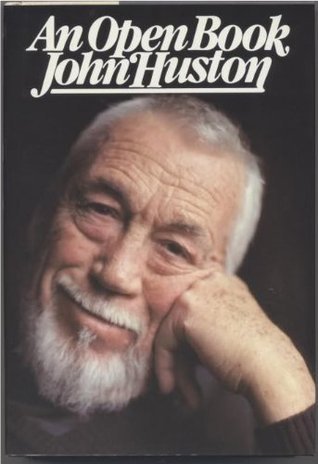 John Huston’s memoir An Open Book includes a section on how Connery and Caine came to be cast as Danny and Peachey in the 1975 epic The Man Who Would Be King (which is close to being my favorite movie). When Huston first wanted to make this remarkable Kipling short story, he was going to cast Clark Gable as Danny and Humphrey Bogart as Peachey. But after all is said and done, in Hollywood more is said than done, and both stars were soon dead.

Then when Huston’s career was on the upswing in the early 1970s, he revived the project, and was on board to get Robert Redford and Paul Newman. This of course would have the same problem as Gable-Bogart: why are two Americans ex-sergeants in the British Army in India? Eventually, Newman (who usually seems like a prince of a fellow in Hollywood memoirs, unlike Redford) told Huston, You have to get Connery and Caine for these roles.

So with Newman’s endorsement, Huston was able to get the money men’s backing for the ideal cast.

My only indirect Connery anecdote is going to a fashionable nutritionist in 1997, who told me to stop eating carb-rich breakfast cereal and drinking orange juice and to eat more protein.

His walls were covered with photos of himself with Sean Connery. He claimed that Connery’s career had faded around 1980 because his health and energy were bad due to his carb-heavy diet. (Which seems plausible: the traditional working class Scot diet, such as fried potato sandwiches, is not good.) But Connery’s comeback in the later 1980s, the nutritionist claimed, was due to him following the nutritionist’s advice. “Sean now has his own full-time sushi chef! How much sushi do you eat?”

“Well, I can’t really afford my own sushi chef.”

But it was good advice to cut out the carbs, and it worked out well for Mr. Connery, who came back to win his Oscar in the 1987 Untouchables and live for another third of a century, beloved by all.