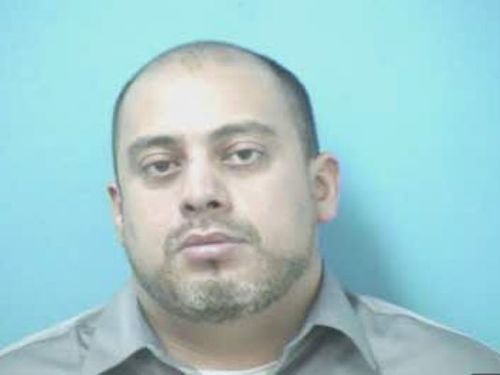 When I see a blog item like this, from Instapundit:

THE COUNTRY’S IN THE VERY BEST OF HANDS: IRS Agent Charged With Sexual Battery During Audit.

my first question is "What kind of IRS agent?" I'm talking about race and ethnicity here, an important factor in crime, no matter how much the MSM may protest that it's irrelevant.

TaxProfBlog provides a summary of what happened:

A 36-year old IRS agent is facing charges of sexual battery by an authority figure.

The Tennessean reports that Samuel Garza, an IRS agent, was arrested by the Williamson County (Tennessee) Sheriff’s Office on Thursday, “after authorities say he sexually assaulted a woman while he was performing an audit on a Fairview, Tennessee business.”

According to a media release issued by the Williamson County Sheriff’s Office in Franklin, Tennessee, “Garza is employed by the United States Department of the Treasury Internal Revenue Service. The charges are related to an IRS audit that Garza was performing on a Williamson County business.”

A report in the Tennessean late Friday provided additional details:

Samuel Garza, 36, of East Main Street in Hendersonville, has been charged with two counts of sexual battery by an authority figure in connection to the reported assault that took place this week, court papers show.

Court papers show that on Wednesday Garza visited the owner of a business on Fairview Boulevard to conduct a tax audit. “Garza made sexual overtures and implied the business could be lost without cooperation,” an affidavit states.

Garza then reportedly told the victim he would return to the business the next day and instructed her to wear a dress. The affidavit states he then sexually assaulted her despite her “asking him to stop.”

The next day, the victim — in fear of losing her business — wore a dress and met with Garza, who again sexually assaulted her, the affidavit says.

While the privacy of the victim should be protected, there's nothing to stop either the police or reporters from saying whether Garza's alleged victim was a white woman, a black woman, or a Hispanic woman. But they won't.