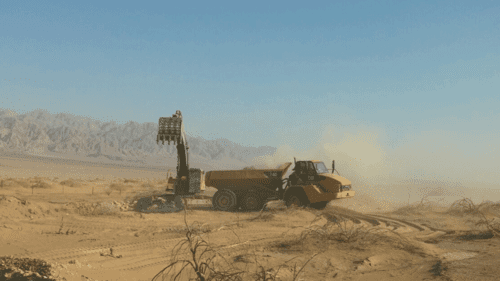 From the Israeli broadsheet newspaper Haaretz:

As refugees pour into Europe, Netanyahu cautions over ‘countries losing control of their borders’; new fence will cost an estimated $75 million.

Netanyahu: Israel is too small to absorb Syrian or African refugees

Work on the fence along the Israeli-Jordanian border began on Sunday – about a month earlier than planned – and will continue for about a year.

Prime Minister Benjamin Netanyahu said Sunday: “We see today what happens when countries lose control of their borders.” He seemed to be referring to the massive influx of refugees from the war-torn Middle East and African migrants heading to Europe.

The Defense Ministry moved up the start date of some of its contracts, apparently fearing potential infiltration by global jihad activists from Jordan. …

That’s a little one sided by concentrating upon terrorism: the government of Israel has also been very clear that it considers “economic migrants” to be “illegal infiltrators” and that its recent fences and deportation to Africa programs are aimed heavily at them.

The cost of the 30-kilometer fence that will be built at this stage is estimated at 300 million shekels ($76.4 million); building a fence all along the Israeli-Jordanian border would cost some 3 billion shekels.

After the construction of the fence was approved by the cabinet in June, the state took pains to announce that the fence “would not undermine the sovereignty of Jordan’s Hashemite kingdom.”

The speed with which the military formulated the plan and with which the government approved it indicates that Israel is eager to completely surround its land borders with physical barriers. The Jordanian border was Israel’s only land border not reinforced by a fence.

Earlier on Sunday, Netanyahu bemoaned the “human tragedy” of Syria’s civil war and said Israel has aided its victims. However, he said Israel is too small to take them. …

Candidate Trump might wish to ask ¡Jeb! if his objection to a fence for America also means he objects to Israel building fences to keep out “act of love” immigrants?