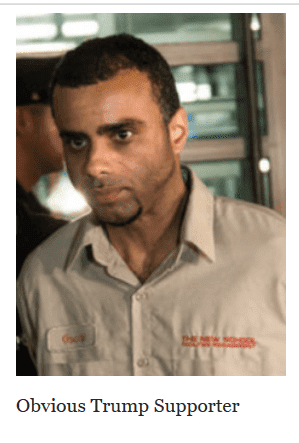 Brooklyn Man Charged With Killing Imam and Assistant Near Mosque

Two days after an imam and his assistant were gunned down after afternoon prayers in Queens, the police said late Monday that a man they had in custody had been charged in the killings.

The man, Oscar Morel of Brooklyn, 35, who was taken into custody late Sunday after the police connected him to a hit and run that occurred about a mile away from the fatal attack, faces two counts of second-degree murder and two counts of criminal possession of a weapon, the police said. …

On Monday, many mourners expressed concern about an increasing anti-Muslim climate in New York.

“I don’t feel safe anymore,” Mr. Hossain said. “All of this hatred being propagated, especially by Donald Trump, it puts us at risk. People sometimes pass me on the street and call me Bin Laden. I just try to keep my head down and keep walking.”