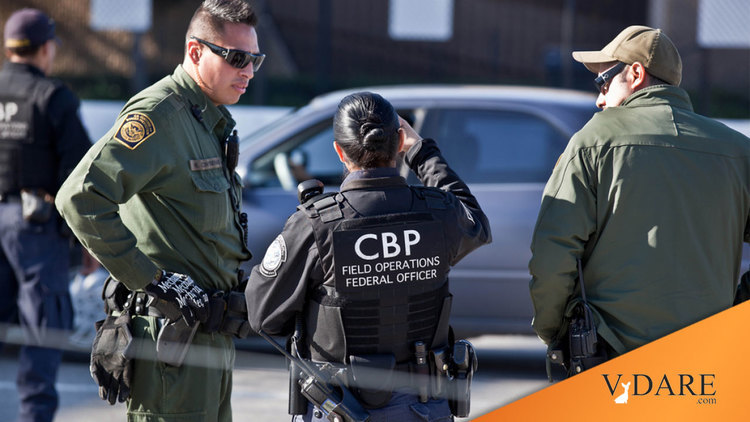 PBS has a show called "Mexico: Crimes At The Border" about human smuggling and other crimes. There's a page on the PBS site called "Corrupted Gatekeepers" which features nine corrupt Border Patrol and CBP officers—one white, one black, seven Hispanic. Perhaps corruption has a "disparate impact." More discussion of this phenomenon here, and here. The Border Patrol has been heavily recruiting Hispanics for years, because they speak the same language as the illegals, but they might do better if they recruited Scots-Irish cowboy types and made them learn Spanish. .See Bush's Border Patrol Betrayal By Henry McCulloch, June 27, 2007. UPDATE: American Patrol noticed the same thing I did, and the they have video. [WMV Video, 61 MB]