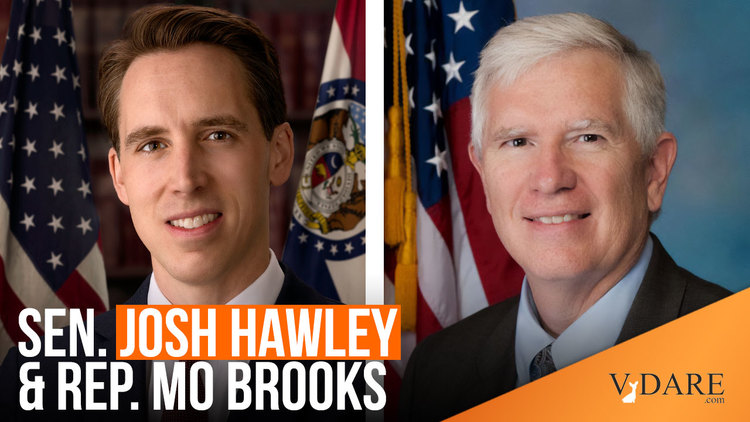 The presidential proclamation suspending entry of certain temporary workers into the U.S. has protected Americans suffering from the pandemic-induced economic crisis. With millions of struggling Americans out of work—and millions more desperate to make ends meet—now is not the time to open the floodgates to thousands of foreign workers competing with American workers for scarce jobs and resources.

In periods of high unemployment, it makes no sense to allow a struggling labor market to be flooded with a wave of foreign competition. What makes even less sense is to willingly introduce further competition for U.S. workers at the same time that a disastrous illegal immigration crisis grows on our southern border. As at the border, failure to take meaningful action is, in itself, a policy decision with detrimental impacts for American workers.

This plea will likely fall on deaf ears, but it is still good that Hawley protested Biden’s action. As far as I can tell, he was the only Republican senator to take note of the moratorium’s expiration.

Alabama Rep. Mo Brooks, a Senate candidate, proposed legislation that would protect American workers. He introduced legislation Thursday that would impose mandatory E-Verify and prevent corporations from hiring illegal labor. “The prospect of a job entices illegal aliens to break into America,” Brooks said in a statement. “Making E-Verify mandatory for all companies coupled with harsh penalties for violations cuts off illegal aliens from American jobs. The result? Fewer illegal aliens to take jobs from and suppress the wages of American workers. Which equates to higher pay and more jobs for Americans. An added bonus is that illegal aliens who can’t get jobs will self-deport at no cost to taxpayers. That is a great deal for all Americans!”

This is exactly the kind of legislation Brooks should campaign on in the Alabama Senate race. Only the Chamber of Commerce and Democrats would oppose putting American workers first.

Hawley and Brooks show signs of life among Republican lawmakers. More of their colleagues should follow their example and hammer Democrats on their most vulnerable issue.