Previously by Paul Kersey: Madison, Wisconsin Is 8% Black: In 2018, 83% of Homicides and 69% of Gun Crime Were Committed by Blacks 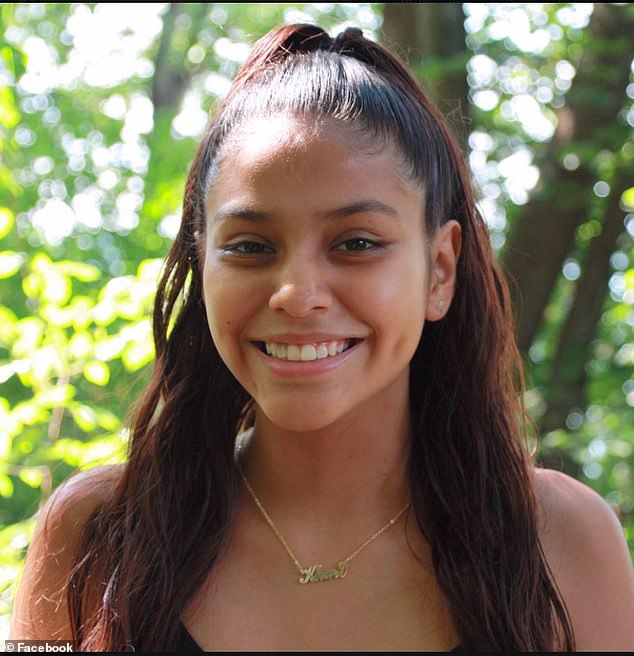 The only people still believing Martin Luther King’s nonsense about  judging people by the "content of their character" instead of the "color of their skin” are white people. And at what point does white people’s nearly exclusive attempt to furiously keep this dream of MLK’s alive stop being CPR and become necrophilia?

A white couple in Madison, Wisconsin was just executed by two black males. Their adopted non-white daughter is under investigation for her part in the execution.

EXCLUSIVE: High school daughter of slain University of Wisconsin doctor and her husband is pictured for the first time – as it’s revealed she was living with the prime suspect and is under investigation for her actions on the night of the murder, Daily Mail, April 8, 2020

Mimi Potter Carre, 18, was dating her classmate who is now accused of shooting University of Wisconsin professor Beth Potter and her half-naked husband at point-blank range and leaving them for dead.

Her pictures seem to show that Mimi didn’t have a care in the world as she horses around with her brothers, plays with her dog and poses in front of a mirror for a selfie.

But now her world has come crashing down after boyfriend Khari Sanford allegedly killed Dr. Potter — who was helping the university in its response to the coronavirus crisis — and her husband, educational consultant Robin Carre.

Sanford and alleged accomplice Ali’jah ‘Huncho’ Larrue, both 18, were formally charged in court in Madison, Wisconsin, on Tuesday with the first-degree murders of Potter, 52, and Carre, 57. Sanford is also charged with using a dangerous weapon. They each face life in prison if convicted.

In the court hearing, held via video conferencing because of coronavirus, Dane County assistant district attorney William Brown said: ‘This was a brutal execution.’

He said what had begun as a burglary became a kidnapping and then a homicide where the victims were shot point-blank in their heads.

Sanford and Larrue were each held on $1 million bail.

Court papers show that Potter recently kicked Mimi and Sanford out of their $600,000 home just blocks from the university campus because the teens refused to follow her rules for social distancing during the health crisis.

They had taken Sanford in to live with them a few weeks earlier. He had previously been in foster care.

A schoolfriend, identified in papers only by his initials DF told cops that before their school closed he had heard Mimi and Sanford talk about ways of getting money.

‘DF reported hearing Miriam tell Khari Sanford that her parents had ‘bands’ of money and that they were rich, the complaint said.

Mimi initially told police that she had been with Sanford at their apartment on March 30, the night her parents were killed, but analysis of her phone showed she had texted him around the time her parents were shot.

‘At least bring back the car and have someone get you from here. I don’t feel safe here,’ she texted Sanford.

There are so many lessons to be taken from this story of two black males executing a white couple in Madison, Wisconsin.

Her Name is Dr. Beth Potter.

His Name is Robin Carre.

They were both shot in the back of the head, execution-style.

The ultimate lesson? Stop believing the highest morality governing every aspect of life in America be dictated by the principles of Diversity. Inclusion. Equity. Tolerance (D.I.E.T.).