Hello, Americans! How Long Are You Going To Be Suckers On Real Immigration Reform? 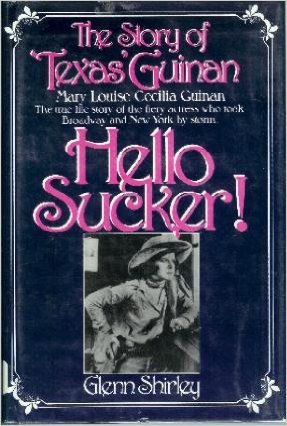 Texas Guinan, the sequined 1920's Queen of the Speakeasies, always greeted her rich and usually drunken patrons with her signature opening, “Hello suckers!” This is what it feels like every time a politician addresses us on the immigration issue. To our rulers, the American people are simply suckers, and it’s impossible to underestimate their contempt for us.

In recent weeks, two key figures have emerged to challenge the Open Borders elite consensus. The facts they bring to light should be a wakeup call for all of us, regardless of party, ethnicity, or sex.

One is Ann Coulter, whose book Adios America! is on the New York Times bestseller list but remains, as far as I know, apparently too controversial to be reviewed by the so-called Paper of Record. The other is Donald Trump, as of now the leading candidate for the Republican nomination for President of the United States.

When Donald Trump said something not exuberantly enthusiastic about Mexican immigrants, the media’s response was to boycott him. One thing they didn’t do was produce any facts showing he was wrong…

The Main Stream Media is closer to the cultural overseers in Orwell’s 1984 than anything like the watchdog of government political scientists like to pretend exists. We are told by these flattering courtiers of the press that we are citizens of the greatest country on earth, but we are wasting away our inheritance like the drunken patrons of Guinan’s illegal nightclubs.

As I’ve written before, the MSM isn’t even trying to pretend to rebut Trump with facts. Instead, they are simply calling him a “racist” because they can’t counter his common-sense message—that a country which can’t control its borders is not a country.

The reason Trump is a threat is because with his influence, money, and media savvy, he can pose a special threat to the special interests that consistently support mass immigration. I call those entities the Big 7. And I name and describe them in a recent piece published by Progressives for Immigration Reform [How the Big Seven Open Border Powerhouses Foist the Big Lie About Immigration on American Citizens, July 4, 2015]

The only way they can be confronted is if patriots work together to overcome them. And eventually, that will mean uniting behind a single candidate who can actually defeat them and finally break their power.

Who is the candidate that can accomplish that?  Stay tuned.