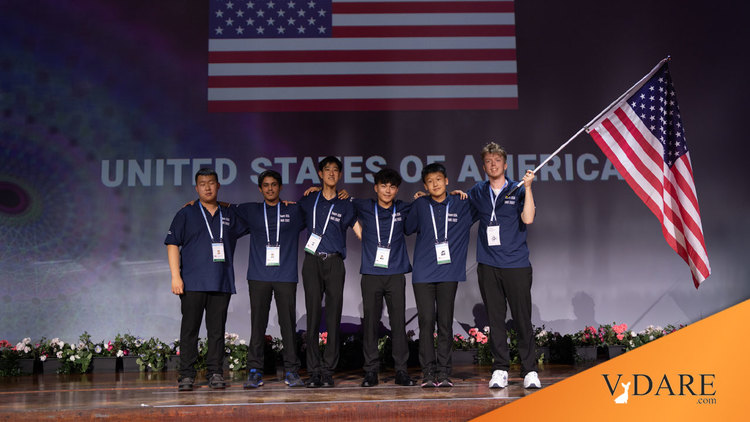 Earlier (2015): HBD At The Far Right Tail Of The Bell Curve: Math Competition Winners MOSTLY Asian, And ALL Male

HBD Watch:  Results of the 2022 International Math Olympiad are out. Our team placed third in the overall rankings, behind China and South Korea.  You can see all the results here.

Five Asians and a white guy—(Luke Robitaille was homeschooled in Texas. Ram Goel is a South Asian name.)

Of the six problems they had to solve, only Problem 3 gave them much trouble. If you‘d like to tackle it yourself, here it is.

Problem 3.  Let k be a positive integer and let S be a finite set of odd prime numbers. Prove that there is at most one way (up to rotation and reflection) to place the elements of S around a circle such that the product of any two neighbours is of the form x² + x + k for some positive integer x.