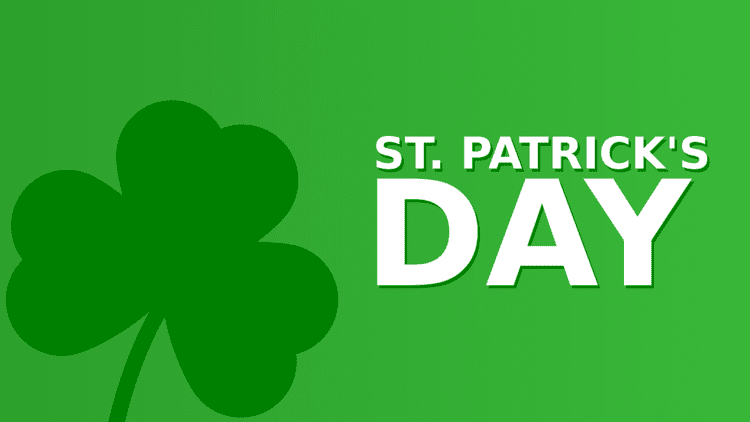 Happy St. Patrick's Day to all our Irish-American and Irish readers.

Here are some of the things we've written about Irish issues in the past.

When Everyone Is Irish The Times (London, England), March 21, 1987 [Peter Brimelow writes: This was written twenty years ago, for the London Times, in a column where I regularly tried to explain America to England. Much has changed since then, (see note below), but this column still has some relevance. Happy Saint Patrick’s Day!]

Ireland: Though All The World (Specifically, The Irish PM) Betray Thee, by Martin Kelly

The Brogue Wears Off: Why The Catholic Church Is Addicted To Immigration By J.P. Zmirak

Here's a letter explaining why the Irish immigration of the past is different from today's mass immigration, contra Michael Barone and Ben Wattenberg:

The Irish and Italians had a great advantage not enjoyed by the Mexicans and Central Americans. During the 19th century Irish Catholicism experienced an extraordinary institutional revival that quickly extended into the Irish-American communities. By the turn of the century, Irish and Italian peasants and artisans were received on the East Coast by triumphant armies of bishops, priests, and nuns who dedicated their lives above all to raising the moral, cultural, and education levels of immigrant children. Anyone who attended parochial schools before the collapse of institutional Catholicism in the 1960s knows they experienced something special—there was nothing quite like it before and there is no sign that anything like it will be seen again. The Irish and Italians had Bishop Sheen and Sister Mary Angelus to lift them up. The institutions having equivalent influence on today's Hispanic newcomers are Hollywood and the public teachers unions. No contest.TODAY'S LETTER: An Old American Comments on Sailer vs. Barone

And finally, some controversy. Although I confess to being a Hibernophile, liking Irish people and Irish music, and thinking that Irish immigrants are head and shoulders above most modern immigrant groups, I have written some articles about the great age of Irish immigration in the nineteenth century, which included the Gangs Of New York, the Draft Riots, and a cholera epidemic or two. This has provoked some bad feelings, but history is history.

Ganging Up On America, Return of the Nativist? and The Camp Of St. Patrick. And here's a reader's letter, with a reply:

TODAY’S LETTER: An Irish-American Reader Complains About Fulford’s “Ganging Up On America.”

Terry Golway reviewed Alien Nation in 1995 in America magazine, in which he called Peter Brimelow a "Neo-Nothing" and produced all the historical clichés about nineteenth century immigration to justify modern mass immigration, since he was apparently unable to distinguish between Irish immigrants and any other immigrants. On October 8th 2001, he wrote an article called "Don't Worry, Mohammed" in the same magazine, in which he says that Mohammed, who has a coffee cart in New York is "very much today’s equivalent of the immigrant romanticized in our Ellis Island narrative. "

Perhaps, but he's not Irish!