Guilty in Seattle: Somali Gets Hard Time for Anti-White Attack 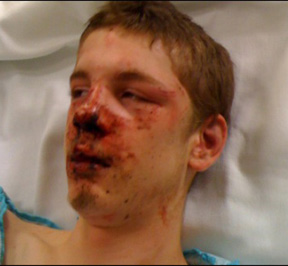 I suppose it was something of a victory for sanity and justice that a Somali immigrant was convicted of a hate crime against a white teenager, particularly since the victim was initially doubted by locals. After all, 16-year-old Shane McClellan (pictured) said he had been tortured for hours by two men who had shouted, “The white man has kept us down,” and “This is for enslaving our people.”

A crime like that runs counter to the liberal narrative. Immigrants are highly regarded as a victim group, incapable of racist hate, goes the stereotype.

On the contrary, Somalis residing in America have distinguished themselves as few others have for their extreme anti-social behavior, including gang crime, violent jihadism and constant demands for special treatment for their Islamic practices.

Local media struggled to frame the brutal crime in a way that would exonerate the convicted Somali perp. The Seattle Times chose the booze:

The Four Loko made him do it.

Ahmed Mohamed, who was sentenced Friday to nearly six years in prison for the attack last year on a West Seattle teen, claimed the caffeine-infused energy beer he drank for the first time the night of the assault was partially to blame.

“He is extremely sorry he committed this act,” his attorney, Kevin McCabe, said in King County Superior Court. “It was Mr. Mohamed’s first experience with alcohol and an extremely unfortunate type of alcohol to have for your first run-in.” 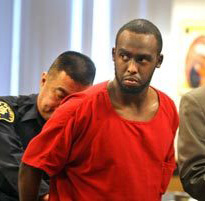 The attack was savage. Two people set upon Shane McClellan in the early morning hours one day last May as the 16-year-old was walking home from a friend’s house.

“They burned him with lit cigarettes, they urinated on him, they beat him, his teeth were chipped, his face was swollen almost beyond recognition when the police arrived several hours later,” deputy prosecutor Erin Becker told a judge Friday.

Police say the men beat and tortured McClellan for as long as four hours, at one point saying “how do you like it, white boy?”

One of the two attackers pleaded guilty, and faced sentencing in King County Superior Court on Friday. Somali immigrant Ahmed Mohamed says the attack was fueled by alcohol and that he doesn’t remember much about what happened. He told the judge he drank because of peer pressure although he conceded it’s not an excuse.

“I’m real sorry to Shane and his father for everything that I put him through,” said Mohamed.

Mohamed’s mother, using an interpreter, also apologized in court for her son’s actions and asked for sympathy for him.

A judge sentenced Mohamed to 69 months in prison, almost six years, for robbery and malicious harassment with a firearm enhancement. She called the crime hateful, humiliating and senseless.

McClellan turned 17-years-old today but his father says he decided to stay away from court. Jim McClellan says the attack continues to trouble his family.

“The length and duration of the beating is something I just can’t imagine,” Jim told the judge.

A second man, 21-year-old Jonathan Baquiring is set for trial next month.

Good job from the prosecutors for getting a strong statement from Mohamed that left no question about his racial motivation:

In the plea deal, Mohamed wrote, “Specifically, I along with Jonathan Baquiring robbed Shane McClellan by stealing items from his pockets while threatening to cap him, whipping him with his belt and burning him with cigarettes. We also displayed a knife with a several inch blade, held it to his neck and threatened to cut his throat. We targeted McClellan because he was a different race than we are.”

Mohamed continued, “… I inflicted bodily injury on Shane McClellan and … I was armed with a deadly weapon, specifically a knife and maliciously and intentionally because of my perception of his race, caused physical injury to Shane McClellan and placed Shane McClellan in reasonable fear of harm to his person and to his property.”