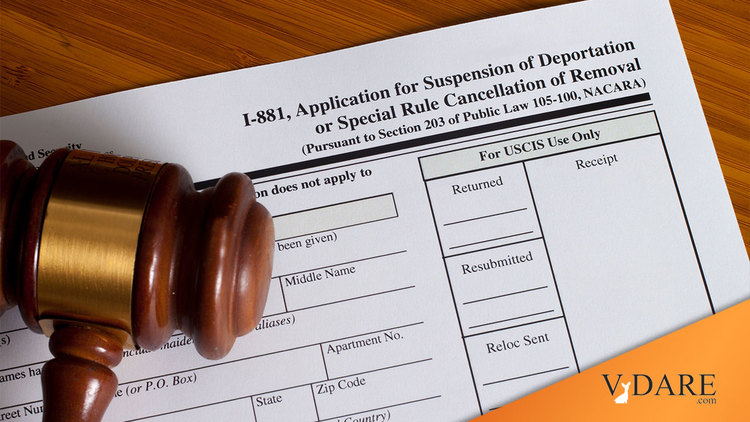 BREAKING: @CatalinaCruzNY and @bradhoylman introduce Access to Representation Act in NYS to provide a right to an attorney for anyone facing deportation. The landmark bill will promote fairness in a system that sets immigrants up to fail. #ARA https://t.co/q8J7rqjKbd

Cruz’s “Access to Representation Act” says illegals “have the right to a consultation provided by a legal services provider, and if found by the legal services provider to have a viable application for appeal, challenge to a court order, or other form of relief from removal from the United States, shall have the right to ongoing legal representation.” The bill and its companion in the Senate are in committee.

Jason Hopkins of the Immigration Reform Law Institute explains that the program will cost $55 million in the first year, a price tag that will rise to $300 million annually. This and similar programs are a scam conceived by the communist Vera Institute for Justice. It pushes leftist public officials to start partnerships with Vera, then offloads the cost on taxpayers:

Vera typically seeks out cities with progressive mayors and city councilors. Then it enters into a partnership with the jurisdiction to launch a deportation defense initiative. Once the program is up and running, Vera slowly withdraws financial support and starts pushing for its program to be funded fully by taxpayers.

New York City was the first to offer such a program. Treason Lobbyists have established more than 50 across the country.

[Free Treason Lobby attorneys] are costing U.S. taxpayers $5.6 million dollars this year alone. Programs outside New York run in conjunction with other nonprofits are likely costing taxpayers as much or more.

Now consider the potential cost to taxpayers if states began guaranteeing foreign nationals a free lawyer any time they wind up in deportation proceedings—which are triggered only when the foreign national breaks the law. What happens when other soft-on-immigration-violators states—such as Massachusetts, California, Oregon, or Washington—follow New York’s example?

So American taxpayers are financing their own dispossession and replacement.

For her part, Cruz was an illegal who entered the country with her illegal mother when she was 9 years old. She “eventually gained U.S. citizenship after marrying her high school sweetheart” [Catalina Cruz, first former ‘Dreamer’ in NY state assembly, looks back at historic year, NBC News, December 26, 2019].

Cruz wants the taxpayers to pay her $100,000 law-school debt because “I have been working to serve our community.”

I owe more than 100k in student loans from law school… & after graduation, I have been working to serve our community. Thankfully, there is a chance for people like us (non-profit & government workers) to have our loans forgiven. I applied, have you? Deadline is 10/31! Apply NOW pic.twitter.com/4p288D92gg