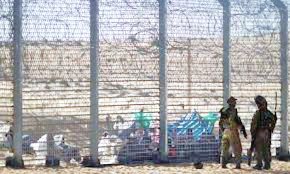 The roster of grovellers is significant

As I noted in Did Jewish GOP Donors Buy Romney's Immigration Wimp-Out? there is every reason to believe that money latterly slathered on the Romney campaign had everything to do with the fatal change in emphasis in 2012: Why Did Romney Wimp Out on Chick-fill-A? Follow The Money

The Politico article seems to take it for granted that broad cultural objectives, rather than simple Zionism, is what motivates the RJC:

American Jews’ stances on litmus test issues like economic inequality, abortion rights, gay marriage and immigration tend to align more closely with those of the Democratic Party, which has had something of a stranglehold on the Jewish vote for decades.

“There is this lingering concern among Jews and among African-Americans that southern Republicanism is the product of racism,”

With my suspicion Why Has GOP Leadership Spurned Base, Election And Constitution? Severe ADD (Adelson Dollar Disorder)! validated by Boehner’s reelection today Patriots need to consider whom their elected representatives are actually representing.