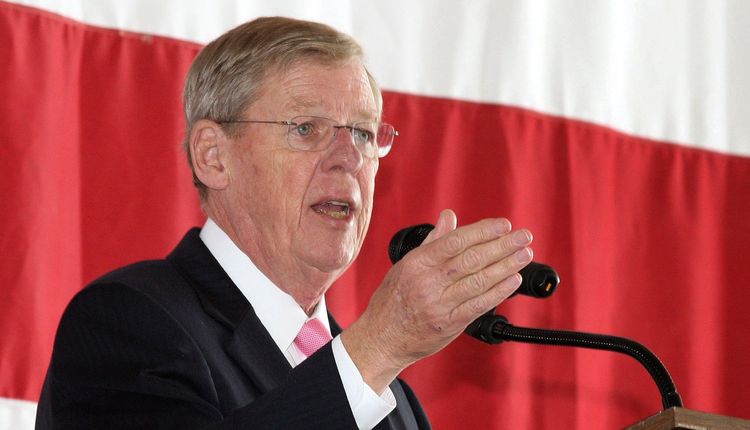 Isakson had long typified the immigration stupidity of the GOP establishment. He was one of the chief architects of the 2007 amnesty, helping craft portions of the bill to dupe Republicans into supporting it. He still thinks it was a great bill.

“A few years later, great Senators—John McCain being one of them and Ted Kennedy being another—worked their fingers to the bone and came up with a great immigration bill that I was a part of in my first term in the Senate. We got castigated and ruined because, all of a sudden, ‘amnesty’ became a four-letter word, and political consultants found it to be kind of an easy way to run against people in the party,” he said in January speech from the Senate floor.

He did not support the Gang of Eight amnesty in 2013, but he has called for “bipartisan” solutions to immigration that serve the establishment’s interests, not the people’s. He supported a DACA deal in early 2018 that would have given nearly 2 million illegal aliens a path to citizenship in exchange for $25 billion for border security. That plan was rejected by the White House and most other Republicans. [Senate immigration debate ends in failure, by Elena Schor and Burgess Everett, Politico, February 2, 2018]

His views are a sharp contrast to that of fellow Georgia senator David Perdue. Perdue (NumbersUSA rating B+) is an immigration patriot who campaigned on the issue, has consistently fought on the issue, and helped craft the RAISE Act to reduce immigration. He’s running for his Senate seat while Isakson is leaving. Hopefully, a fellow immigration patriot joins him in the Senate. [Georgia’s Isakson, Perdue take own approaches to immigration debate, by Tamar Hallerman, The Atlanta Journal-Constitution, February 12, 2018]

Johnny Isakson’s squishiness, on the other hand, is set for the dustbin.