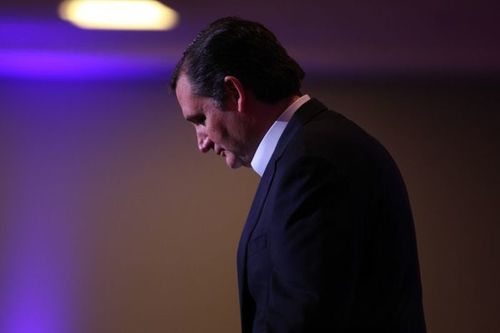 I've thought for some time, on the basis of internal evidence, that George Will, now 74, isn't writing his own columns (few MSM Big Feet do) and some recent ones have been especially unhinged. But maybe he's got a new intern: Ted Cruz’s audacious plan to win the GOP nomination (Washington Post, October 9) is a straightforward, dispassionate report of how Cruz intends to win the general election: by mobilizing the white vote.

If America’s 58th presidential election validates Ted Cruz’s audacious “base plus” strategy, he will have refuted assumptions about the importance of independent “swing” voters and the inertia of many missing voters...Nonvoting whites, especially those without college experience, are among Cruz’s principal targets. His geniality toward Donald Trump reflects the Cruz campaign’s estimate that perhaps one-third of the Trumpkins have not voted in recent elections...Cruz aims to leaven the electorate with people who, disappointed by economic stagnation and discouraging cultural trends for which Republican nominees seemed to have no answers, have been dormant during recent cycles.

VDARE.com has been emphasizing the importance of the the white vote since 2000. We have called the idea that the GOP (in its capacity as GAP—Generic American Party) can win by mobilizing it "The Sailer Strategy." Steve Sailer has more recently developed the concept of "Core vs. Fringe," which is essentially the same as Cruz's "Base Plus." And we've even been emphasizing the little-reported fact that white turnout fell in both the last two Presidential elections.