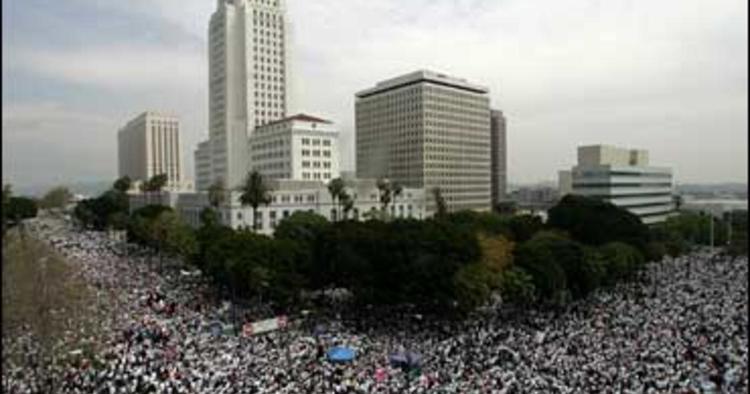 The huge 2006 rallies for amnesty were revealed by Investors Business Daily in 2007 to have been funded by George Soros:

Didn't the mainstream media report that 2006's vast immigration rallies across the country began as a spontaneous uprising of 2 million angry Mexican-flag waving illegal immigrants demanding U.S. citizenship in Los Angeles, egged on only by a local Spanish-language radio announcer?...

So what looked like a wildfire grassroots movement really was a manipulation from OSI's glassy Manhattan offices. The public had no way of knowing until the release of OSI's 2006 annual report. The Soros Threat To Democracy, IBD, September 24, 2007]

Recently, a Washington Times story, based on the  most recent tax filings of Soros's  Open Society Foundations, revealed that Soros had been funding the Ferguson Riots.

Other Soros-funded groups made it their job to remotely monitor and exploit anything related to the incident that they could portray as a conservative misstep, and to develop academic research and editorials to disseminate to the news media to keep the story alive.

The plethora of organizations involved not only shared Mr. Soros' funding, but they also fed off each other, using content and buzzwords developed by one organization on another's website, referencing each other's news columns and by creating a social media echo chamber of Facebook "likes" and Twitter hashtags that dominated the mainstream media and personal online newsfeeds.

Buses of activists from the Samuel Dewitt Proctor Conference in Chicago; from the Drug Policy Alliance, Make the Road New York and Equal Justice USA from New York; from Sojourners, the Advancement Project and Center for Community Change in Washington; and networks from the Gamaliel Foundation — all funded in part by Mr. Soros — descended on Ferguson starting in August and later organized protests and gatherings in the city until late last month.

I'm sure that Soros and underlings would say they're funding this: 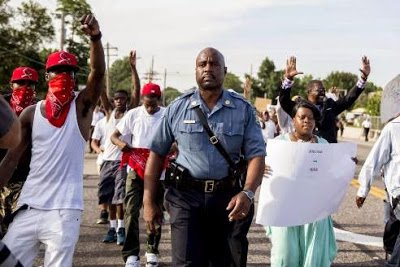 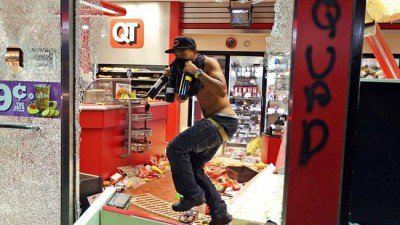 Looting, after all, is self-funding. But it's the buses of activists, and the advertising and the organizing that turn a local problem into something too big for local cops to deal with. The second picture is  from Manufacturing Dissent—The Ruling Class’s Saul Alinsky Strategy in Ferguson MO, by James Kirkpatrick.

Soros funds it, Eric Holder eggs it on, and Obama is not sending the police any help.

Why are names like Soros, Gates and Rockefeller associated with ultraliberal causes? By Dan Seligman 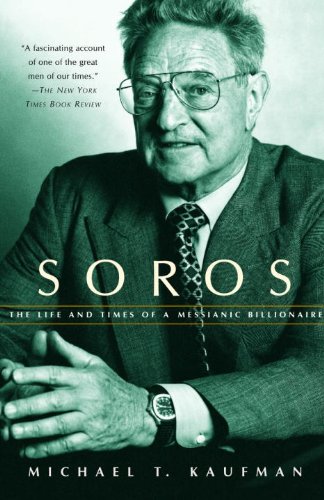 George Soros is a star investor, a superphilanthropist, a terrific tennis player and a dopey liberal. I learned all this and a lot more by reading the fascinating new book about him by Michael T. Kaufman, also by barging around in the spacious Web site at soros.org. In the latter venue is this credo: “One of the most promising developments ? has been the formation of state-based, progressive coalitions. Around the country, labor, choice and civil rights groups, among others, have joined forces to work towards reform.? To ensure that money is spent in areas where it is needed, regional progressive allies must work together.”[PDF] Furthering all this progressivism have been Soros grants to left-liberal think tanks like the Economic Policy Institute (which also gets money from the AFL-CIO) and the Center for Law and Social Policy.

What makes so many smart billionaires gravitate to primitive liberal positions one would normally associate with, say, a Bennington freshman? Money guilt. Lew H.Rockwell, president of the Ludwig von Mises Institute, offered this explanation during last year’s debate over repeal of the estate tax: “The rich have always supported the estate tax. Despite their wealth, they have imbibed the dominant culture’s ethic of egalitarianism and decided to promote it as a means of expiating their alleged sins.” My own preferred variant of this argument is that the rich promote it for much the same reason they build 60-room mansions: Both manifest Veblenesque “conspicuous consumption.” Paying immense estate taxes with no sweat is a terrific way of advertising your financial invulnerability. Note that even a 99% estate tax would not be too painful for the fellow with $1 billion; there’s still $10 million left to see his grandchildren through Yale.[More, Links added]

Soros's net worth is $20 billion. So if you see one of these mass movements, the question you should be asking yourself is "Who's paying for it?"