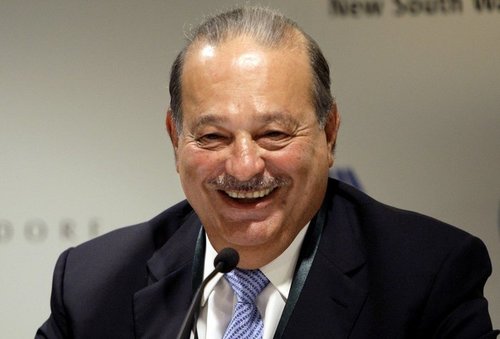 Slim received these warrants for lending the New York Times company $0.25 billion (or roughly 0.4% of his net worth) during the crash a half dozen years ago. His loans were repaid with interest within a few years, but he got to keep the warrants.

Slim, a business tycoon with a telecom empire that expands to 18 Latin American countries, paid $101.1 million to exercise warrants to acquire nearly 16 million shares of the company’s Class A stock at a price of over $6.36 a share, the company said, increasing his stake from 7 % to 16.8 %. Slim now owns nearly 28 million shares in total.

Is it pure business or does the world’s third-richest man have other plans?

Arturo Elías Ayub, Slim’s spokesperson and son-in-law, told me by e-mail that exercising the option to buy is “100% a financial investment.” Elías said that there is no intention of selling the shares or playing any role in The New York Times management, which Slim “continues to have confidence in and believes to be not only a valuable brand, but a creator of content.” …

Buying into the “credibility and prestige” of an iconic media company such as the Times, said García, can also help him get rid of the reputation of a “monopolistic rich Mexican”.

Despite expanding his charitable work, Slim continues to be a controversial figure in Latin America because of his enormous wealth in a continent with one of the highest levels of inequality in the world. América Móvil (NYSE:AMX), the flagship telecom company controlled by Slim and his children, controls 70% of the mobile phones in Mexico, and 80% of the country’s landlines. Last year, Mexican regulatory authorities ordered it to divest to allow competition in the telecom sector.

Andrew Paxman, a business historian at the Centro de Investigación y Docencia Económicas (CIDE), a respected Mexican think tank, believes the investment is a vote of confidence in the Times. Asked if it’s purely business, he responded: “I don’t think this is an either or. Slim is certainly motivated in part by business, having seen that The New York Times’s move to monetize its website has proven fairly successful.” But Paxman did not rule out that Slim would seek to exert editorial influence–as he does in Mexico with some publications via loans, generous ad buys, or covert stakes.

Forbes data shows that Slim is the world’s third richest person, behind Bill Gates and Warren Buffett. Slim has a net worth that Forbes estimates at $71.9 billion.

How does this deal not make sense for Slim?

He’s a political billionaire — he’s an excellent businessman, but it’s not like he invented the telephone. (President Salinas sold him the Mexican government’s telecom monopoly and let him raise rates extravagantly. In return, Slim promised at the notorious 1993 Billionaire’s Banquet at the president’s mansion in Mexico City, Slim promised to donate $25 million to the ruling party’s re-election campaign.)

I believe (but could be wrong) that the stock Slim owns gives him less of a vote than the prime stock owned by the Sulzberger heirs, but so what? He now owns enough of the New York Times to hold a veto over the central hub of the world’s news media. By dumping NYT stock he can batter its stock price and get the numerous Sulzberger heirs angry at NYT management. It might cost Slim 0.1% of his fortune to punish NYT management for not following his editorial wishes, but that’s a tiny cost compared to the value of his veto power.

If you were the editor of the NYT, which would you think is a safer topic to crusade upon in 2015:

The latter isn’t going to suddenly get you fired because you’ve peeved your largest shareholder.