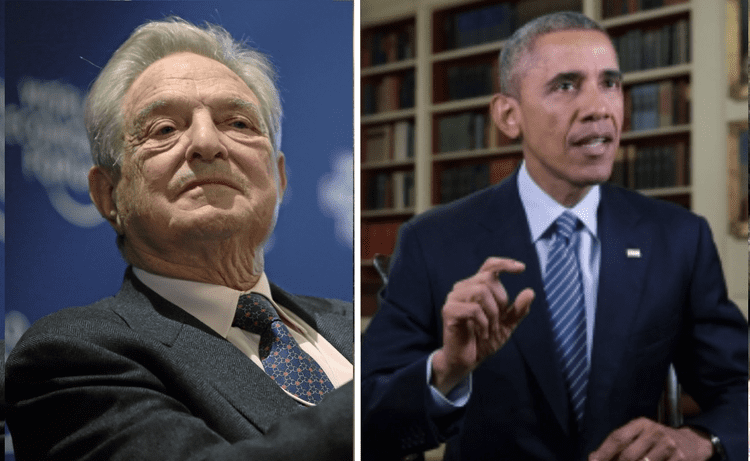 George Soros is the Riotmaster; Financed and Organized the Trayvon Martin-Mike Brown-Eric Garner Astroturf Movement in Support of Black Thugs 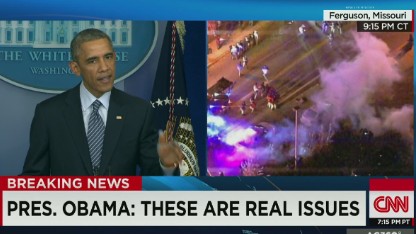 “The incidents, whether in Staten Island, Cleveland or Ferguson, were spontaneous protests — we don't have the ability to control or dictate what others say or choose to say.”

That's a quote from Kenneth Zimmerman, 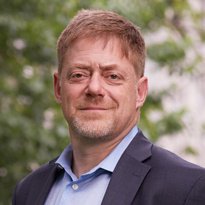 (pictured right) director of George Soros' Open Society Foundations' U.S. programs, which have $3 billion, which can fund an awful lot of “spontaneous protests,” and control and dictate what the “protestors” “choose” to say.

For months, inquiring minds have wanted to know who was behind the orchestrated riots, starting in Ferguson and then all over the country since racist black thug Mike Brown’s failed attempt to murder white policeman Darren Wilson.

Earlier reports going back to August contended that the Revolutionary Communist Party was behind the riots, called “demonstrations” by their mainstream media shills. However, when my VDARE Editor Peter Brimelow asked me to look into the RCP connection, I came up empty.

As the blogger Countenance, a native of St. Louis County who lives near Ferguson, and who has driven through the riot sites countless times, observed at the onset of the riots, these things usually burn themselves out after 72 hours.

The Revolutionary Communist Party, so far as I could determine, is an impotent little personality cult surrounding its long-time guru, Bob Avakian (yes, he’s Armenian, as the name implies). Although Avakian’s people were clever in printing up professional-quality signs with their name at the bottom, and getting a few of themselves photographed by the MSM at riots, led by black RCP co-founder, Carl Dix, he lacked the money, organization, and troops to stage a nationwide movement.

The RCP called for violence via the euphemism “Energetic civil disobedience.”

Ms. Frederique works with Opal Tometi, co-creator of #BlackLivesMatter — a hashtag that was developed after the killing of Trayvon Martin in Florida — and helped promote it on DPA's news feeds. Ms. Tometi runs the Black Alliance for Just Immigration, a group to which Mr. Soros gave $100,000 in 2011, according to the most recent of his foundation's tax filings.

"I think #BlackLivesMatter's success is because of organizing. This was created after Trayvon Martin, and there has been sustained organizing and conversations about police violence since then," said Ms. Frederique. "Its explosion into the mainstream recently is because it connects all the dots at a time when everyone was lost for words. 'Black Lives Matter' is liberating, unapologetic and leaves no room for confusion."

Note that the Soros’-funded Black Alliance for Just Immigration is agitating for a mass Third World amnesty of predominantly Hispanic illegal aliens that can only harm American blacks.

As for the “organizing” line, her hash tag was successful only because of mainstream media support.

Statements like those by George Soros top apparatchik, Kenneth Zimmerman, Referring to “spontaneous protests,” and claiming “we don't have the ability to control or dictate what others say or choose to say,” have to be read with an Orwellian b.s. detector.

Soros paid rioters $2.7 million in Ferguson alone for “spontaneous protests,” and if rioters and their “non-violent” human shield accomplices protecting them refused to say and do as George Soros controls and dictates, he would cut them off without a nickel. Zimmerman has to deny that Soros s the puppet master behind the riots because to admit otherwise would be to admit to a massive criminal conspiracy.

The Rev. Traci Blackmon of Christ the King United Church of Christ in Florissant, Missouri, which is part of the Gamaliel network, said in one of the group's webinars that clergy involved with Gamaliel must be "protectors of the narrative" of what happened in Ferguson.

As Kelly Riddell reports below for The Washington Times, Soros controls almost $3 billion just in his political organizations (not counting his “personal” wealth), over nine times what the Koch Brothers control. And yet, the MSM focus on Koch, rather than Soros, because as fellow Marxists, they support Soros.

There's a solitary man at the financial center of the Ferguson protest movement. No, it's not victim Michael Brown or Officer Darren Wilson. It's not even the Rev. Al Sharpton, despite his ubiquitous campaign on TV and the streets.

Rather, it's liberal billionaire George Soros, who has built a business empire that dominates across the ocean in Europe while forging a political machine powered by nonprofit foundations that impacts American politics and policy, not unlike what he did with MoveOn.org.

Mr. Soros spurred the Ferguson protest movement through years of funding and mobilizing groups across the U.S., according to interviews with key players and financial records reviewed by The Washington Times. [More]