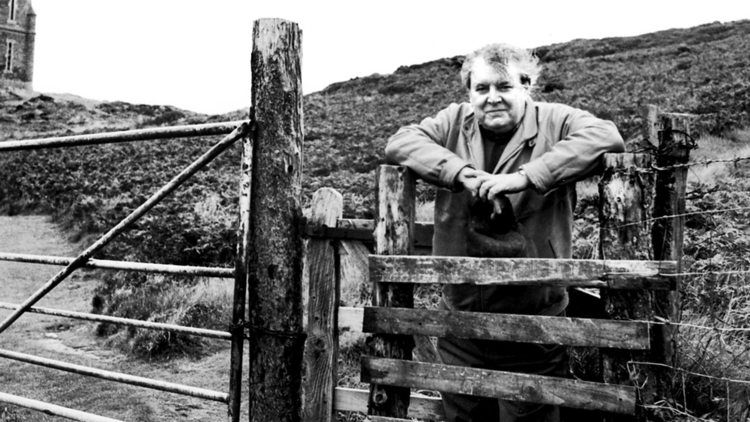 George Macdonald Fraser, the author of the Flashman novels, has died—this is his obituary from the London Telegraph:

George MacDonald Fraser was born at Carlisle on April 2 1925. His father was a doctor, his mother a nurse. George was educated at Carlisle Grammar School and Glasgow Academy, where his performance as Laertes was distinguished by his unscripted defeat of Hamlet in the pair's duel. 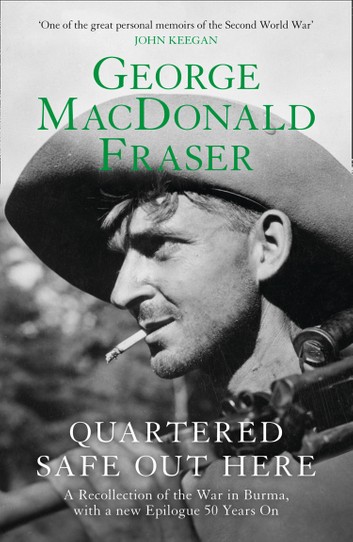 In 1943 he joined the Border Regiment and served as an infantryman in North Africa and with the "Forgotten" Fourteenth Army in Burma. He was eventually commissioned in the Gordon Highlanders. Some of his finest writing is contained in his graphic recollections of his Burma service, Quartered Safe Out Here

(1992), in which the affectionate portrait of his Cumbrian comrades demonstrated his keen eye for character and acute ear for dialogue.

John Keegan, in The Sunday Telegraph, justly called it "one of the great personal memoirs of World War II".

... Fraser wrote a number of other books, notably a series of comic novels that drew on his time in the Gordon Highlanders and centred on Private John McAuslan, "the dirtiest soldier in the world". He wrote a scholarly and well-received history of the Anglo-Scottish Border Reivers, The Steel Bonnets (1971), and several historical novels. These included a boisterous romp, The Pyrates (1983), and The Candlemass Road (1993), an Elizabethan adventure set in Fraser'' beloved Border country. ... A short, heavily-built man, Fraser held unashamedly reactionary views on law and order. He was particularly firm in his conviction that the use of the atomic bomb at Hiroshima was justified

, believing that among the lives it had saved had been his own.

Nor did he have much time for fashionable attitudes about the emotional delicacy of soldiers and their need for counselling. His experience, in what he acknowledged was another age, was that war was a job that needed to be done, one accomplished by his generation without relish but with a common sense and resolve since vanished from the public spirit.

He aired his views in Quartered Safe Out Here

(1992) and was touched when many young people wrote to agree with his sentiments.

In 2002, I reviewed his The Light's On At Signpost, his book on what a man his age thought of modern British life. The review was called Flashman And The Politically Correct.

In Angry Old Man Part 8, “How to Encourage Race Hatred,” Fraser describes the great leap backward in British race relations brought on partly by the pressures of the sheer numbers involved in mass immigration, and partly by the grievance industry.

In Fraser's view, the massive change in the ethnic composition of Britain, while startling, could have been adapted to by Britons in the same way they've adapted to other 20th century changes such as pizza and cell phones.

But the Race Relations Act (“one of the most foolish and pernicious ever enacted by Parliament”), and the race relations industry that goes with it, are causing the very evils that they're supposed to prevent, breeding “resentment, suspicion, and hatred” among the British populace. He also notes the double standard on hate crimes, which mandates that minorities are never charged with hate crimes.

Fraser feels, like Steve Sailer, that “Race is simply an extension of the family.” He asks why the tolerance that Britons are expected to feel for immigrants can't be reciprocated by the immigrants themselves.

Some foolish reviewer compared his attitudes to those of the elderly WWII Home Guards portrayed in the classic British sitcom Dad's Army, to which replied that the only answer you could give to that was the series catchphrase "Stupid boy!"

But reviewer was very wrong—at the time that series was set, Fraser was a young non-com in Burma, leading hardbitten North-of-England infantrymen against murderous Japanese troops.

Even though he did live to grow old, which so many didn't, it's appropriate to recite part of this old poem for the war dead:

At the going down of the sun and in the morning

We will remember them.