In his February 17 roundup, Overlawyered.com's Walter Olson includes this:

When you think of "Georgia corrections officers", you probably think of the stereotype played by Strother Martin in the 1967  movie Cool Hand Luke—a 20th century white man with a 19th century mindset: 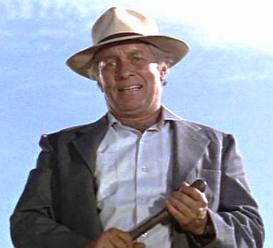 If you think that is still the reality of Southern law enforcement in the Obama era, well, all I can say is "What we've got here is failure to communicate". 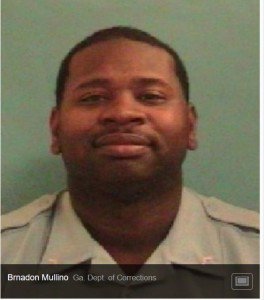 But what I also saw was men named Dontavis, Jaleel, Tacowan, Travonne and Travon (!) and women named  Tamkia, Shameka, Phoencia, and Kewanda. There's also one on the list of photos called Brnadon, but that's actually a typo—in real life he calls himself Brandon Mullino. But there could be  a guy called Brnadon on that list.

When Olson says "compare Baltimore jail guards scandal" he's linking to his own coverage with wonkish concerns about correctional officers unions, which do tend to get in the way of reforms.

Steve Sailer covered the Baltimore jail guards scandal from a different perspective—that being a female jail guard gave black women who might not considered that attractive on the outside access to really manly men, while providing the prisoners with the opportunity to have sex with actual females—as well as smuggled phones, drugs, and weapons.

I don't expect this scandal to become a major part of the national conversation about #BlackLivesMattering—until the white US Attorney who's prosecuting these people is accused of racism.