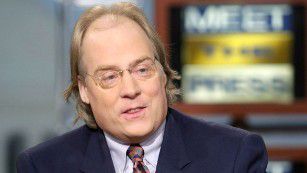 The Curse Of Consultants: Bush Adviser Made "$14 Million" But Can't, Apparently, Afford a Haircut

… One Bush bundler told CNN’s Dana Bash that when it came to [Mike] Murphy, “strong knives are out.”

“He made minimum of $14 million,” the bundler said, requesting anonymity to speak freely about campaign strategy.

The details of Murphy’s compensation package at Right to Rise are not publicly known.

That reminds me … The political demise of ¡Jeb¡ leaves me melancholy. A sad thing about the end of ¡Jeb¡ is that I won’t have much opportunity to use upside exclamation points anymore. Three decades ago, I learned how to do new things on my computer all the time, but learning how to make upside exclamation points is just about the only new computer trick I’ve learned in this decade, or maybe in this century.