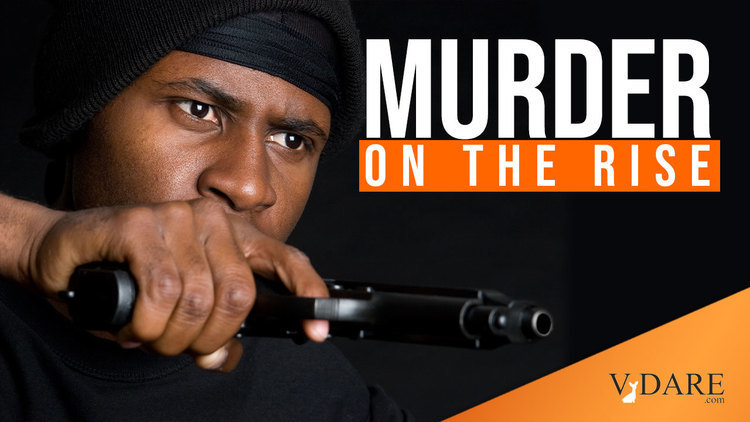 Sometimes, a big number is just a statistical fluke. Other times it’s the start of a trend. For example, the Sunday of the first weekend after George Floyd’s death was the most murderous in Chicago’s history, with 18 murders in 24 hours. From the Chicago Sun-Times last year:

18 murders in 24 hours: Inside the most violent day in 60 years in Chicago

85 people were shot and 24 killed last weekend, the most in modern history in Chicago. ‘We’ve never seen anything like it at all,’ said Max Kapustin, the senior research director at the University of Chicago Crime Lab.

… While Chicago was roiled by another day of protests and looting in the wake of George Floyd’s murder, 18 people were killed Sunday, May 31, making it the single most violent day in Chicago in six decades, according to the University of Chicago Crime Lab. The lab’s data doesn’t go back further than 1961.

From 7 p.m. Friday, May 29, through 5 a.m. Monday, June 1, 25 people were killed in the city, with another 85 wounded by gunfire, according to data maintained by the Chicago Sun-Times.

In a city with an international reputation for crime — where 900 murders per year were common in the early 1990s — it was the most violent weekend in Chicago’s modern history, stretching police resources that were already thin because of protests and looting.

“We’ve never seen anything like it at all,” said Max Kapustin, the senior research director at the crime lab. “I don’t even know how to put it into context. It’s beyond anything that we’ve ever seen before.”

The next highest murder total for a single day was on Aug. 4, 1991, when 13 people were killed in Chicago, according to the crime lab.

In retrospect, that was not statistical noise, it was the George Floyd Era getting started with a bang.