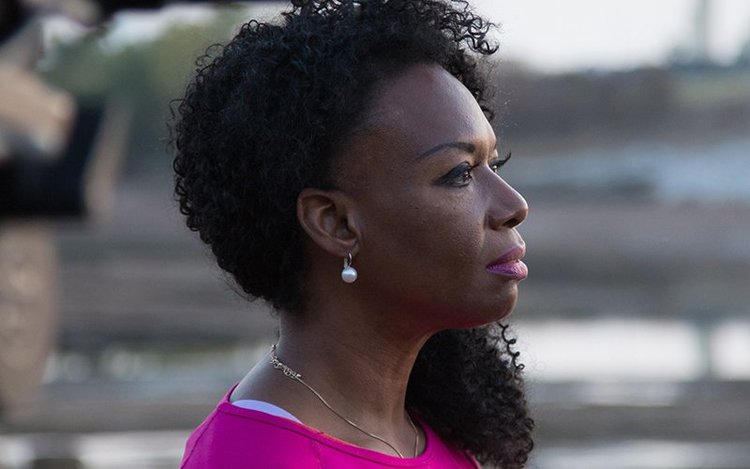 The Washington Post has a long article about "colorism" and Michael Jackson by DeNeen L. Brown. [Pictured above.]

Through the Past, Darkly The Legacy of Colorism Reflects Wounds of Racism That Are More Than Skin-Deep...

The most provocative research, he says, is related to marriage. Among black women younger than 30, there is "a premium associated with light-skinned complexion," Hamilton says.

"There is a well-established literature of colorism, a preference for lighter-skinned individuals," according to a report called "Shedding 'Light' on Marriage," which was co-written by Hamilton; Arthur H. Goldsmith, a professor at Washington and Lee University; and William A. Darity Jr., a professor at Duke University. "We find that the light-skin shade as measured by survey interviewers is associated with about a 15 percent greater probability of marriage for young black women, and light-skin shade as measured by self-reported biracial status is associated with the presence of better educated and higher-earning spouses for married black females."

But the rest is just the usual, with the now traditional ending: a celebration of Michelle Obama's skin tone. As I've mentioned before, a remarkable fraction of female journalistic output, at least the most heartfelt stuff, consists of demands for society to change so that that particular female journalist would be considered hotter looking.

What's striking is how humorless these demands for social revolution in the service of enhanced personal hotness have been since feminism came along. I don't think it was always like this. In 1937, for example, Dorothy Parker lamented, "Men seldom make passes / At girls who wear glasses."