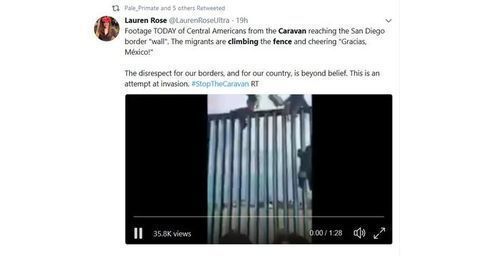 Federale: The Caravan—Time For A New Mexican Punitive Expedition?

Federale writes: In 1916 the United States sent a punitive expedition into Mexico in response to the Mexican government’s willful failure to control its side of the U.S.-Mexican border.  The casus belli was an illegal entry by Mexican nationals over the border and the subsequent rapes, murders, and pillage committed by Mexicans on Americans.  In 100 years nothing has changed.  The Mexican government and people think that the border means nothing.  And the attitude continues today to include non-Mexicans as well.

Today, and for the last month, the Mexican government has aided and abetted illegal aliens from Honduras, El Salvador, and Guatamala, members of the notorious Caravan of Death—death of the traditional American nation—to traverse the country so as to appear at the border with the United States and enter illegally.

Packed into five old school buses, hundreds of Central American migrants arrived at the U.S. border Sunday for a rally, to be followed by a planned mass attempt to apply for asylum in a direct challenge to the Trump administration.

The migrants, many traveling with children, left a downtown Tijuana shelter where they had been staying. Police with flashing lights escorted the buses to a cross-border rally at a Pacific Ocean beach, with supporters gathering on both sides of security fencing.

Asked how he felt as he boarded the bus, Nefi Hernandez of Honduras replied, “Nervous.” He said he intended to seek asylum with his wife and baby daughter, who was born on the journey through Mexico.

President Donald Trump and members of his Cabinet have been tracking the caravan of migrants, calling it a threat to the U.S. since it started March 25 in the Mexican city of Tapachula, near the Guatemala border. 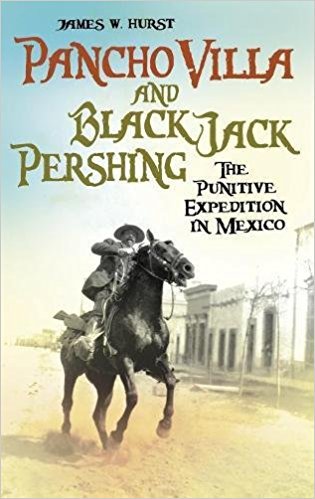 While Mexico often denounces interference in its domestic policies, it continues its interference in American domestic affairs by aiding the illegal entry of not only its citizens, but also third country nationals, into the United States.  Such behavior is an act of war.  And it appears that Mexico did not learn the lesson of the Punitive Expedition led by Black Jack Pershing.

It is time for for action.  Cult Marxists and Democrats decried the deployment of the National Guard to the border to stop this invasion, claiming it was a violation of the Posse Comitatus Act.  That is, of course, not true.  The Act prohibits domestic law enforcement by Federal troops, except when the President decides that it is allowed, refer to the use of Federal troops to enforce desegregation.  However, the use of Federal troops, the National Guard, and even the militia of the several States, is not prohibited when repelling an invasion.

The Congress shall have Power – To provide for calling forth the Militia to execute the Laws of the Union, suppress Insurrections and repel Invasions.

Now this power of Congress is limited to the Militia of the several States.  Most States illegally and unconstitutionally no longer maintain a militia or have only a pro-forma organization.  However, the authority over the Armed Forces of the United States and the National Guard, despite ostensible State control over the National Guard, belong to the President, who needs no authority to order troops, including the National Guard, to the border.  And more importantly, to offensive action into Mexico.  The Punitive Expedition was launched strictly on Executive authority, without any submission to Congress, and included National Guard troops.

Now, besides the Federal forces of the United States, calling forth the Militia would also be a force multiplier for shutting down the border with Mexico to illegal entry.  The Gator or Cajun Navy could augment the riverine forces of the United States as previously recommended in locking down the Rio Grande.  Other militia forces would be deployed to other parts of the land border while regular Army and National Guard would range into Mexico, identifying and killing drug and alien smugglers in Mexico, destroying the smuggling infrastructure and establishing a Cordon Sanitaire between the border and the infrastructure used by illegal aliens to enter the United States.

One can imagine that initially Mexican troops and the government of Mexico would resist, but it would be short lived.  The Mexican military is mostly a gendarmerie, untrained and unskilled in combat with regular military forces.  The Mexican government would soon submit, begging to build the wall at its expense in return for removal of American troops from its territory.  President Trump would have the whip hand over Mexico.

To quote myself at VDare:

Dealing with the Mexican government is easiest: The U.S. can send a demarche instructing it to halt interference in the internal affairs of the United States or suffer consequences—such as expulsion of Mexican diplomats. The Department of Justice can also prosecute Treason Bar lawyers who accept payment from the Mexican government for failing to register as agents of a foreign power, a violation of the Foreign Agents Registration Act.

[In The Streets And The Courts, The Left Plans A Coup. But Trump Can Fight Back, by Federale, VDare, February 14, 2017]

And if the Mexican government wants to play hardball, the U.S. can shut down the border, as it did when Mexican officials were slow to find abducted DEA Special Agent Kiki Camarena. [Mexico drugs: How one DEA killing began a brutal war, By Will Grant BBC News, February 7, 2012]