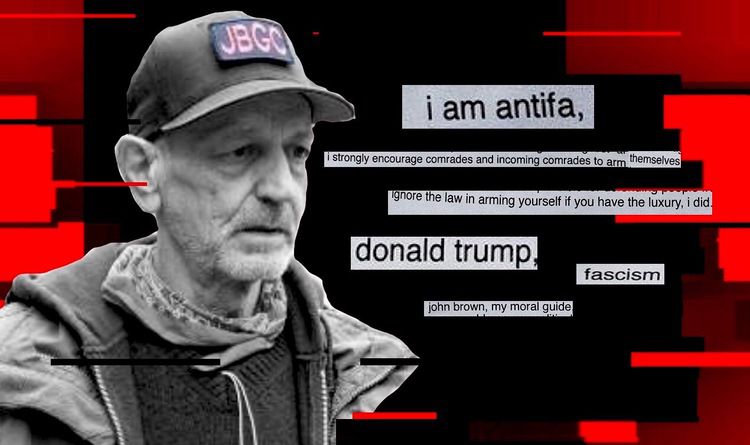 “Armed Civil War In Current Year America.” Even as hyperbole, it makes for a sexy headline. So why won’t the failing news media — so desperate for ratings and clicks—talk about the story that’s a far fetch from fake news? Antifa has declared war on America’s border agents and the pro-open border press has declared a media blackout on the details.

If you’ve been keeping track of corporate press storytelling, this is what you know: On July 13, 69-year-old Willem Van Spronsen stormed an ICE detention centre in Tacoma. He was armed and eventually fatally shot after throwing what authorities called “incendiary devices” at an immigration detention center in Washington state, trying to set a commercial-size propane tank on fire.

And that’s where the story ends.

But did you know the dead firebombing terrorist, who had ICE agents in his crosshairs, was an avowed member of Antifa’s militant left wing gun club?

Did you even know Antifa has a gun club?

The teetering-on-septuagenarian-status terrorist left us all the details we need to know about his dirty deeds and “anti-fascist” associations.

He boasts, “I am Antifa,” in his manifesto—a declaration which likely occasions images of morbidly obese purple haired “women” and emaciated soyboys.

But the truth is: Antifa is about a lot more than their useful, if not totally undateable, sheep. Thanks to either ignorance or lethargy by the current Administration, Antifa has been afforded the space to develop into a militant Left wing operation laden with a gun club and willing martyrs, whose kamikaze missions are celebrated among their comrades.

Van Spronsen was a member of Antifa’s John Brown Gun Club, whose merchandise he plainly donned. 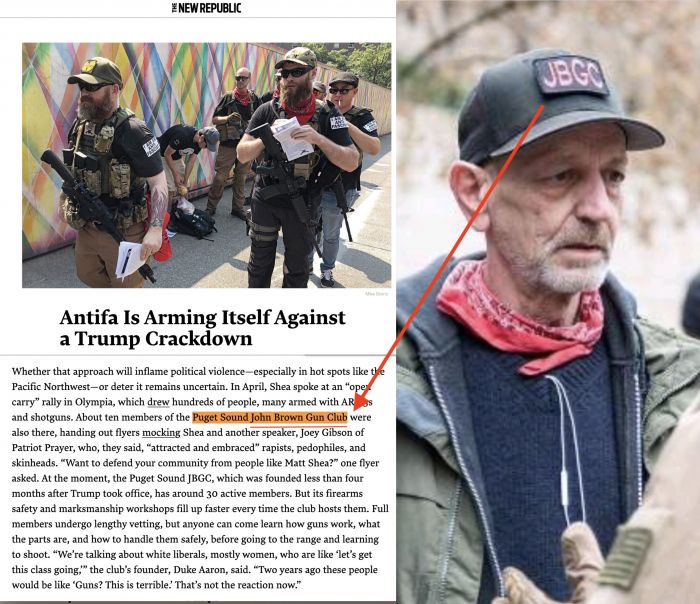 And the Antifa militant was dead serious about his commitment to the gun club and its namesake. “John Brown, my moral guide,” he stated in his manifesto. John Brown, to be sure, was an American abolitionist who advocated the use of armed insurrection to achieve political ends.

So, now that we know Antifa has a gun club and an self-professed member who attempted to murder US government agents, you might be curious as to whether the gun club has any comment.

You bet they do.

Did they condemn the terrorist attack at the hands of one of their members? Nope. The opposite. They celebrated his failed murder attempt and are fashioning him into a martyr. 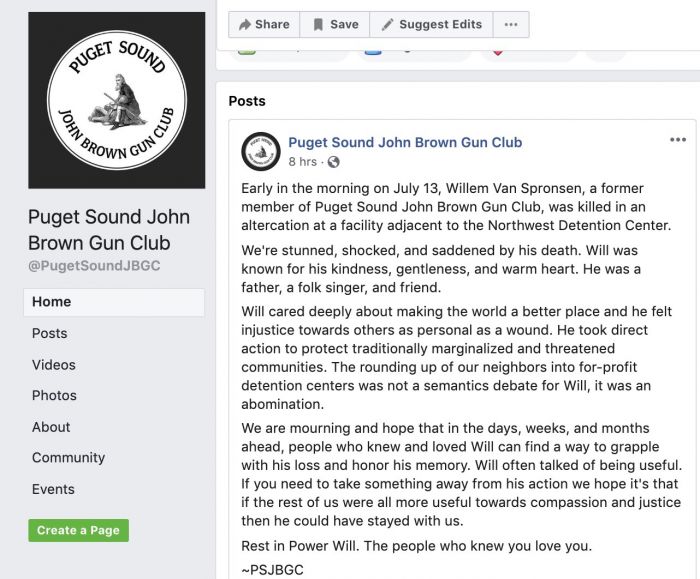 It goes on to say, “We are mourning and hope that in the days, weeks, and months ahead, people who knew and loved Will can find a way to grapple with his loss and honor his memory. Will often talked of being useful. If you need to take something away from his action we hope it's that if the rest of us were all more useful towards compassion and justice then he could have stayed with us.

Rest in Power Will. The people who knew you love you.”

“Mourning” and “rest in power”: Not exactly the reaction one would expect from, say, a right wing gun club after a member attempted mass murder. Yet the media are mum.

Now I know what you’re thinking, ‘Van Spronsen is an off his meds outlier and his terrorist loving club is, too.’

Truth is: Antifa is arming itself. Not with arguments, but ammunition.

As recently profiled in The New Republic, “Antifa is arming itself.”

“Many leftists and even some liberals are beginning to reconsider their feelings about firearms, joining a loose amalgamation of gun groups, from John Brown Gun Clubs (which take their name from the abolitionist) to the Pink Pistols (an LGBTQ group), Liberal Gun Club, and Socialist Rifle Association. Some of these organizations are moderate and traditionalist, others radical and revolutionary. But all share one implicit goal: to normalize firearms ownership and training among liberals. Some of their members hope such efforts will at least make Republicans think twice...” [Antifa Is Arming Itself Against a Trump Crackdown | Will leftist pro-gun groups deter political violence or inflame it? by Corey Pein July 2, 2019]

The piece, which points to the fact terrorist Van Spronsen’s Antifa gun club started some four months after Donald Trump’s election, sinisterly hints at, dare I say it, assassination of America’s beloved President.

“Assassination to remove tyrants is just, not murder,” The New Republic states.

As America’s right wing fecklessly squabbles over immigration and censorship policies, America’s left wing has both prepared for and declared a civil war. And make no mistake: This isn’t a quarrel in the cooler — shots have already been fired — this war is red hot and shows signs of only just beginning.

While no reader should be so delusional as to expect the corporate media to report on the matter, it would be nice to see the Administration at least acknowledge it’s happening at all. And declaring these so-called “Antifascists” a domestic terror group would make for a damn good start.

Faith Goldy [Tweet her] is a Christian Canadian Nationalist investigative journalist and political commentator.  Goldy has been employed by a number of press and broadcast media organizations as a commentator and investigative reporter, including The Catholic Register, the Toronto Sun, The Blaze, Bell Media, and the National Post. She is a former reporter with the Sun News Network and co-host with Conrad Black at Zoomer Media. Goldy was employed as reporter and host by Rebel Media before launching her independent journalism career on YouTube where she posts regular investigative and commentary videos, specializing in immigration and multiculturalism. Donate to her via SubscribeStar here.