For the first time, the renowned writer, culture critic, and scholar of the demimonde discusses her transition—and finding herself.

I wouldn’t say that literary journalist Luc Sante is “renowned,” but he’s been around for a long time writing about Downtown Manhattan smart straight guy topics like seeing the Ramones and Patti Smith at CBGBs, hanging out with director Jim Jarmusch, pre-Prohibition New York gangsters, Lou Reed, that kind of thing: the kind of guy who would have been a punk rocker if he’d had even minimal musical ability and extraversion.

“I am undertaking something enormous that should have been done decades ago.”
—LUCY SANTE

On February 15, 2021, I downloaded the application called FaceApp to my phone, just for a laugh. I’d had a new phone for a few months, and I was curious. Although the app allowed users to change age, shape, or hairstyle, I was, specifically and exclusively, interested in the gender-swap function. I fed in a mug-shot-style selfie and in return got something that didn’t displease me: a picture of an attractive woman in whose face my features were discernible. Changing genders was a strange and electric idea that had lived somewhere in the recesses of my mind for the better part of my 67 years. But I had seldom allowed myself such a graphic self-depiction; over the years I had occasionally drawn pictures and altered photographs to visualize myself as a woman but had always immediately destroyed the results. And yet I didn’t delete that cyber-image. Instead, over the next week or so I hunted down and fed in every image of myself I possessed, beginning at about age 12: snapshots, ID card pictures, studio portraits, book jacket photos, social media pictures. The effect was seismic. I could now see, laid out before me on my screen, the panorama of my life as a girl, from giggling preteen to last year’s matron. I had always hated seeing pictures of myself, but these made every kind of sense. My desire to live as a woman, I could now see, was a coherent phenomenon, consistently just under the surface of my nominal life for all those decades, despite my best efforts to pretend it wasn’t there. …

You can also download a Russian app that will change the race of your selfies, but don’t you dare even think about being allotted multiple pages in Vanity Fair to explain your transracial odyssey to identifying as black.

… Trembling but resolute, I told Dr. G [his therapist] at our weekly Zoom session that I had always wanted to be a woman and now felt it urgent that I take the necessary steps. Dr. G had consistently maintained an imperturbable nothing-human-is-alien-to-me equanimity, but I was nevertheless stunned by her quick and unsurprised assent. “It makes sense,” she told me. “It sounds like a good idea.” In the four or five years I’d been seeing her, I had never broached any mention of gender. My inner omertà relegated all such thoughts to the deepest, darkest corners, guarded by dragons. I’d seen therapists for nearly 40 years by then, but only one previous practitioner had ever come close to breaking the silence. Around 1991, Dr. P got me to admit that I had tried on my mother’s dresses and undergarments in early adolescence, although we never got a chance to explore the ramifications.

By the way, I think you can usually distinguish heterosexual transvestites from homosexual transvestites on sight: the gay drag queens generally have a too-much-is-not-enough aesthetic of tons of costume jewelry and giant false eyelashes. In contrast, the autogynephilic straight guy look is more of a-simple-strand-of-tasteful-real-pearls modeled after their mothers, who were typically respectable bourgeois ladies.

Not long after I made that admission, Dr. P died of a massive heart attack 20 minutes after I left his office.

Yeah, I know that Lou Reed claimed to be a homosexual, but as soon as AIDS came along he took a walk on the mild side, giving up homosexuality and heroin

Like most high IQ late-onset ex-men, Sante doesn’t display much evidence of ever thinking about women much, other than sexually. Here’s a 2015 New York Times feature on his “writer’s room.” Try to find any feminine touch in the four photos of his study: 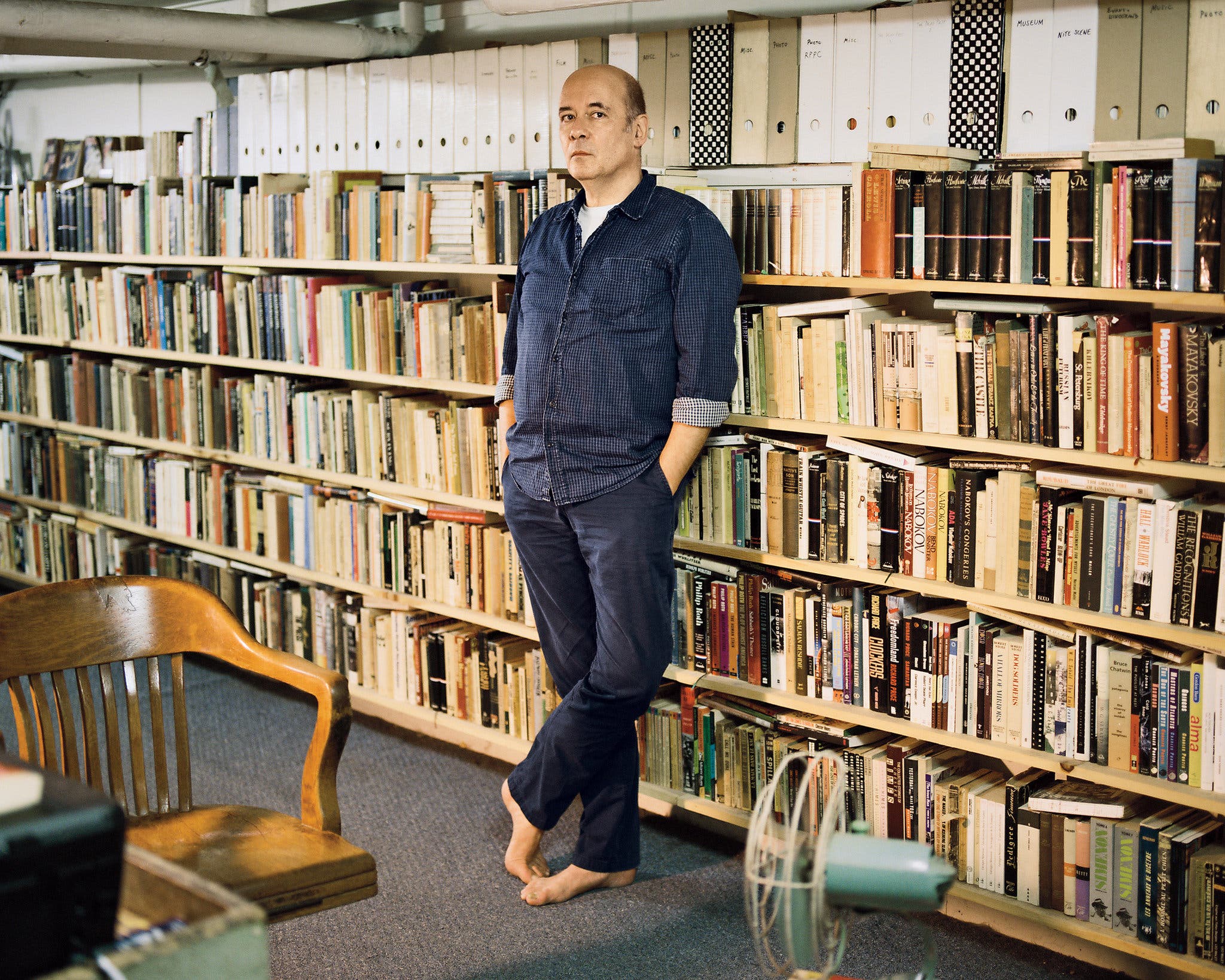 The crazy thing about the dominant transgender ideology is that, first, it’s all based on extremely old-fashioned and rigid stereotypes about what males and females are like, so that any divergence from what Gunnery Sergeant Hartman in Full Metal Jacket would consider sufficiently masculine marks you out as really a girl on the inside or any divergence from what Lorelei Lee in Gentlemen Prefer Blondes might consider feminine is proof you aren’t a girl and should have your breasts chopped off.

And on top of that, second, nobody ever thinks to apply the stereotypes endorsed by the trans guys to, as they say, interrogate the trans dudes. Instead, we are supposed to believe them unreservedly. Because they said so.