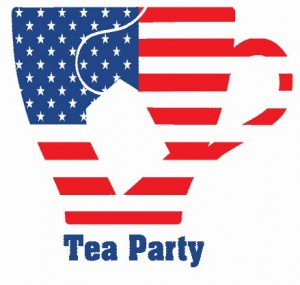 Isn’t it a shame that the interesting Tea Party wing of the Republican Party can’t identity the issue that really needs its support without mixing it up with issues that are already settled?

As a former moderate Republican, now a Democrat, who admired Barry Goldwater’s enlightened stance on family planning and shared his distaste for social issues and evangelical wailing (I said I was a Democrat!), I am dismayed by Robert Costa’s May 16, 2014 WAPO article, "Conservatives seek to regain control of Republican agenda" :

Although many Republicans are optimistic about their chances in this year’s elections, some of Washington’s leading conservatives gathered Thursday to privately vent frustrations about what kind of party they will be left with after November.

The group, alarmed by a resurgence of the GOP establishment in recent primaries and what activists view as a softened message, drafted demands to be shared with senior lawmakers calling on the party to "recommit" to bedrock principles.

Some of those principles laid out in the new document — strict opposition to illegal immigration, same-sex marriage and abortion — represent the hot-button positions that many Republican congressional candidates are trying to avoid as the party attempts to broaden its appeal.

Why do they continue to fight on issues that they can never win when they could win on the only issue that really counts—patriotic immigration reform i.e. attrition through enforcement and an immigration moratorium.

So why not concentrate on an issue we can win? Many, many times the majority of our citizens have spoken in favor of less immigration and against “Comprehensive Immigration Reform” a.k.a. Amnesty/ Immigration Surge.

Now, as America sinks further and further into its slough of overcrowding, political confusion, and the Obama Administration’s outrageous attempts to flood USA with legal and illegal aliens, what could be a better path to victory for an enlightened Republican Party?

My advice: Stop beating the dead horses of abortion and gay marriage—and go for an issue where victory would make you are heroes.