A recent Fox News poll suggests that citizens are sick of immigration anarchy and want the system made into an orderly procedure. Fifty-five percent of voters want fewer legal immigrants admitted. Only 3 percent think border security is too strict, while 60 percent regard it as too lax. Sixty-eight percent want adequate border control before other immigration measures are enacted.

Curiously, a strong majority supports a “path to citizenship” as long as certain requirements are in place, the usual list of paying back taxes, learning English, and passing a background check. The 1986 amnesty had requirements too, but an estimated third of those admitted made fraudulent applications. If persons being polled were aware of the Reagan Amnesty’s many failures, it’s likely fewer would want a replay of rewarding lawbreakers with nothing to benefit Americans at all.

Seriously, the current “requirements” are a joke. If the Senate amnesty is passed, there will be a boom in the rubber stamp industry.

Below, under the Senate bill, deported persons will be eligible for American citizenship. 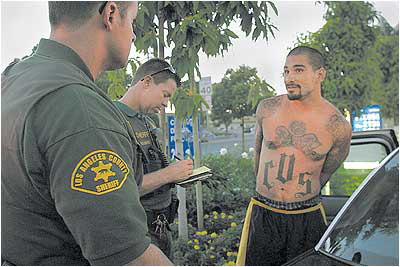 You can reader the raw questions and data at this link.

While most voters favor citizenship for illegal immigrants who meet certain requirements, there is widespread agreement that new border security should come first.

In addition, more than half say we should cut the number of legal immigrants allowed into the United States.

A just-released Fox News poll finds 55 percent of voters think fewer legal immigrants should be accepted into the U.S. That’s up from 43 percent in 2010.

Majorities of Republicans (67 percent) and independents (53 percent) as well as a plurality of Democrats (47 percent) want to decrease legal immigration.

The U.S. Senate took up immigration reform this month. The debate took a turn with the Boston Marathon Bombings. The suspected terrorist who was killed in a police shootout was a legal permanent resident, while his still-hospitalized younger brother became a naturalized U.S. citizen in 2011.

By a 78-21 percent margin, voters favor allowing immigrants in the U.S. illegally to become citizens after they meet requirements such as passing a background check. Support for a pathway to citizenship has increased slightly since February. At that time it was 72-25 percent.

Non-whites (88 percent), Democrats (87 percent) and those under age 35 (84 percent) are among those most likely to favor offering a pathway to citizenship.

Border security is another aspect of this issue, and opinions are changing. Nearly twice as many voters say border security is at the right level today (32 percent) as said so in 2010 (18 percent).
Still, the poll finds 60 percent of voters think it is not strict enough, and another 68 percent want new border security measures to be completed before changes to immigration policies.

Republicans (75 percent) are more likely than Democrats (66 percent) to say new security should be done first.

Overall, more voters think immigrants join society and “give to the country” (50 percent) than stay separate and “take from the country” (38 percent).

President Obama has lost ground on immigration: 39 percent of voters approve of the job he’s doing, down from 47 percent in February. A slim 51-percent majority disapproves now. The drop in approval comes from a decline among white voters; approval among non-whites held steady since February.

Some 47 percent of voters say illegal immigration is more of a problem today than it was five years ago. That’s nearly five times as many as the 10 percent who say it is less of a problem. Another 42 percent say it’s unchanged.

The Fox News poll is based on landline and cell phone interviews with 1,009 randomly chosen registered voters nationwide and was conducted under the joint direction of Anderson Robbins Research (D) and Shaw & Company Research (R) from April 20 to April 22. The full poll has a margin of sampling error of plus or minus three percentage points.