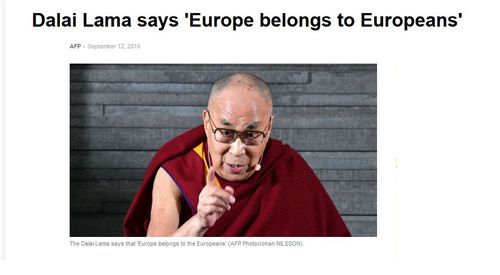 Interestingly, one of the world’s most respected spiritual leaders recently remarked that “Europe belongs to the Europeans” and should not become the permanent residence of various refugees looking for a home. He does believe that more fortunate nations should help people suffering from turmoil in their home countries and provide refuge, but only temporarily.

The Dalai Lama is a war refugee himself, having been chased out of Tibet after the invasion by Red China in 1950. 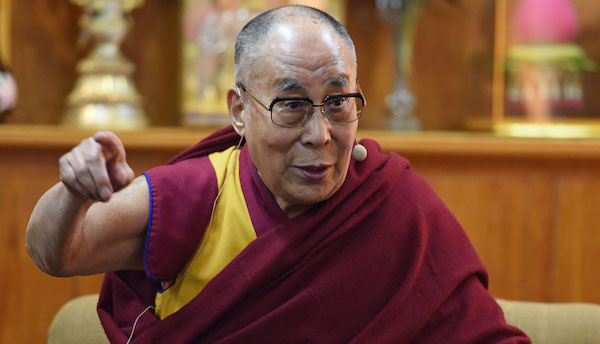 He has obviously thought about this issue, since he expressed almost the same sentiment in 2016 (Now even the DALAI LAMA says Europe has too many migrants – and they should go HOME, Express UK, June 1, 2016), remarking, “Europe, for example Germany, cannot become an Arab country. Germany is Germany.”

Perhaps the Dalai Lama understands that a world population now approaching eight billion means that immigration cannot be the solution for dissatisfied people seeking a better life: they must build it at home. And nations have a right to their own cultures and sovereignty.

Stockholm (AFP) – The Tibetan spiritual leader, the Dalai Lama, said Wednesday that “Europe belongs to the Europeans” and that refugees should return to their native countries to rebuild them.

Speaking at a conference in Sweden’s third-largest city of Malmo, home to a large immigrant population, the Dalai Lama — who won the Nobel Peace Prize in 1989 — said Europe was “morally responsible” for helping “a refugee really facing danger against their life”.

“Receive them, help them, educate them… but ultimately they should develop their own country,” said the 83-year-old Tibetan who fled the capital Lhasa in fear of his life after China poured troops into the region to crush an uprising.

“I think Europe belongs to the Europeans,” he said, adding they should make clear to refugees that “they ultimately should rebuild their own country”. (Continues)