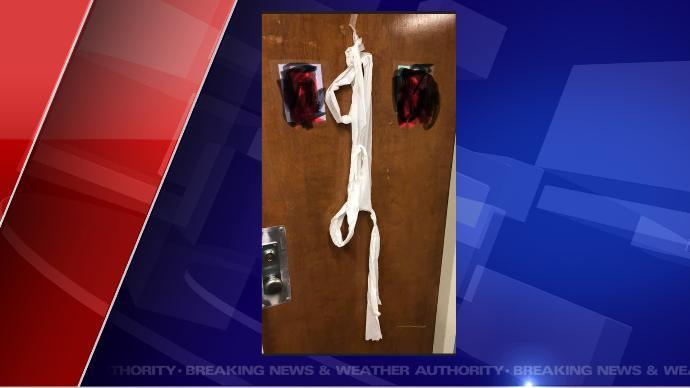 Samuel L. Stanley Jr., M.D. (that's how he signs himself) is the President of the Michigan State University.

Stanley [Email him] recently sent an email to, as far as I could tell, everyone at Michigan State (it doesn't count as spamming if you're President) about the threat of

The really funny thing this email: Because of the university football team, it starts out "Dear Spartans." You can't help wondering what the "Spartans on the sea-wet rock" would have thought of that toilet paper noose.

Fostering a safe and inclusive campus 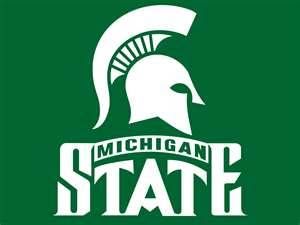 Our community has been affected in the past several days by incidents causing concern and anger.

I, too, am concerned, because a safe, inclusive and respectful campus is my top priority. Hate has no home at Michigan State. We want every individual to feel welcomed, valued and heard.

Recently the greater campus community has experienced vandalism at MSU Hillel, our center for Jewish student life; the presence of U.S. Customs and Border Protection on campus last week for a presentation to a class; an instance of racial bias reported from Bryan Hall over the weekend; and a survey in the College of Communication Arts and Sciences that offended students.

Some of these actions may not have grown from negative intent or malice, but it’s important for us all to remember the difference between intent and impact. Regardless of intent, there is still an impact being felt across campus.

These situations have disrupted a sense of safety that should exist for everyone. Building inclusive communities is at the core of our values, and the impact of recent events cannot be underestimated.[More]

The non-CBP incidents are minor, at worst. The drunks tearing down the sukkah hut (white males, by the way, there are photographs) may not have known that it was a Jewish religious thing, and the people who t.p.ed the door denied in set terms that they were doing more than a Halloween prank.

But black students reacted with rage and fear: They are

outraged with Michigan State University's response to a recent controversial incident on campus that officials called a "Halloween prank."

Students say the image of what appears to be a noose hanging on a dorm room door is no laughing matter.

The point is that it's offensive to compare the presence of US Government officials to drunks tearing down a sukka hut, or whoever, as a Halloween prank, put toilet paper on the door of some black students.

The CBP officials weren't a hate group, they're a hated group. And in telling the MSU student body that in spite the fact that these things may have had no  "negative intent or malice" that "it’s important for us all to remember the difference between intent and impact" is just giving in to the curse of modern mental illness and racial hate—against whites—on campus.

Email Stanley and tell him so.