Amazingly, the Establishment consensus on the politics of immigration in 2014 turned out to be wrong again — just as it was in the five previous amnesty & guest worker pushes in 2001, 2004, 2006, 2007, and 2013, but who can remember the 21st Century? And the wacko extremist nutjobs like Mickey Kaus and myself turn out to be right again. From the NYT: 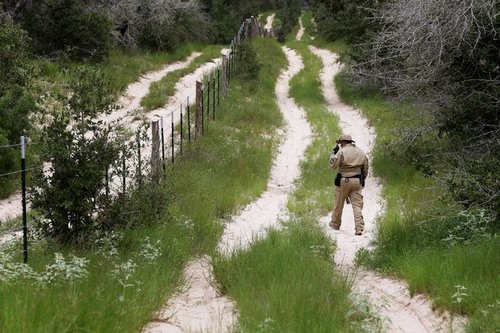 A border patrol agent on Friday near McAllen, Tex. The topic of immigration has become too combustible for President Obama, causing him to break his promise to overhaul the system.

Though granting legal status to undocumented immigrants once looked like an imperative for both parties, a surge of Central American migrants into the United States has rendered the issue too toxic for President Obama. …

What had once looked like a clear political imperative for both parties — action to grant legal status to millions of undocumented immigrants — had morphed instead into what appeared to be a risky move that could cost Democrats their majority in the November midterm congressional elections. …

“If we were to act in this political hothouse environment, that would undermine the long-term ability to finish the job on immigration reform,” one official said, speaking on condition of anonymity to describe internal discussions.

Now that the public is finally paying close attention to the immigration issue, it’s a “political hothouse environment.” In contrast, back when Chuck Schumer was rolling John McCain, Lindsey Graham, and Marco Rubio behind closed doors, then that was Bipartisan Statesmanship

It was a stark turnabout that demonstrates a stunningly quick shift in the politics of overhauling United States immigration laws, which looked like an imperative after the 2012 presidential election, when Republicans received a paltry 27 percent of the Hispanic vote and said publicly they needed to re-evaluate their hard-line immigration stance.

“All the progress we’ve made over two years was destroyed in six weeks,” said Tamar Jacoby, who has advised Republicans on immigration strategy and heads ImmigrationWorks USA, an employer group that backs an overhaul. “It’s always harder to do something than not to do it, and especially on an emotional topic like this, it’s very fragile.” …

The decline stemmed at least in part from a perception, elevated by the growing number of migrants, that the southern border was porous and immigration law was not being enforced there.

“After the election, there was a strong coalition for immigration reform, but even with a strong coalition, it needed to be a balanced bill — you can only get citizenship if you get tougher enforcement,” said Neera Tanden, a former Obama aide who heads the Center for American Progress. “What really happened that moved this whole thing, tragically, was the border crisis, which created this argument of there being a magnet for undocumented immigrants.”

That the amnesty push in Washington was followed by a surge over the border is a sheer coincidence, like a comet hitting the earth. Who could have predicted it? I mean other than Jean Raspail in 1973?

White House officials said it became clear in recent weeks that the crisis had created a mistaken impression that the border was not secure, thus sapping support for further action to grant legal status to undocumented immigrants. Republicans seized on that perception, arguing that Mr. Obama’s 2012 directive shielding certain undocumented immigrants brought to the United States as children from deportation had prompted the surge.

Whatever you do, don’t believe your lying eyes. It’s all just perceptions and mistaken impressions.